Home » Cricket » Will India benefit from resting Kuldeep and Chahal from T20Is?

Will India benefit from resting Kuldeep and Chahal from T20Is? 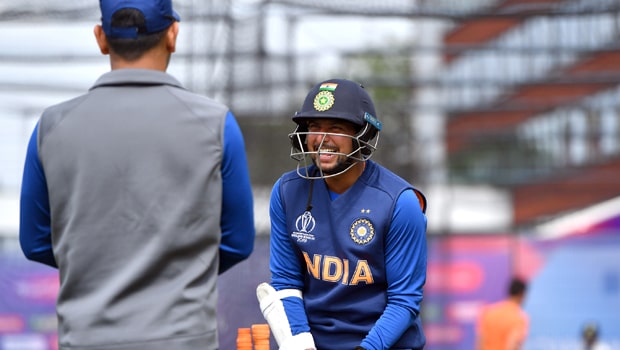 This is what Virat Kohli latest news stated when he was asked about the reason behind resting Kuldeep Yadav and Yuzvendra Chahal in a press-conference before the beginning of the T20I series against South Africa. Although the word ‘resting’ was used, they were actually dropped for the lack of their batting skills.

Virat Kohli and the team management had made their mind up about experimenting with increased batting depth in this series and, hence, finger-spinners like Krunal Pandya, Washington Sundar and Ravindra Jadeja (for more Ravindra Jadeja news updates) got the nod ahead of Kuldeep and Chahal just because of their superior batting skills.

However, Kohli and the team management didn’t pay attention to the fact that they were also compromising on bowling depth while looking to lengthen their tail. They sacrificed two attacking bowling options and went with a defensive approach in the series.

The result wasn’t a good one as Krunal, Jadeja and Sundar accounted for just a solitary wicket in a combined total of 17.5 overs in the series. Their combined economy rate of 7.54 was still acceptable but their strike-rate of 107 was unpardonable.

In fact, these figures look criminally offensive when compared to the statistics of their South African counterparts in this series. Tabraiz Shamsi and Bjorn Fortuin accounted for five wickets in a combined total of 14 overs. So, those wickets came at a strike-rate of only 16.80 and their combined economy rate of 6.64 was outstanding as well.

This comparison tells us how flawed India’s approach is. Yes, increased batting depth might work out pretty well in case of an unfortunate top-order collapse but that isn’t going to happen in every game. And the lack of wicket-taking ability of the finger-spinners is going to hurt them big time even in those matches. The career T20I strike-rates of Krunal, Jadeja and Sundar read 25.8, 26.5 and 21.5 respectively. Even though Sundar has a good career economy rate of 6.23, the same for Krunal (8.10) and Jadeja (7.12) are quite mediocre.

Kuldeep and Chahal, on the other hand, have been extremely successful for Team India in the format. While the former has taken 35 wickets in 18 T20Is at a superb strike-rate of 11.5, the latter has 46 wickets in 25 matches at an excellent strike-rate of 15.8 once again. And Kuldeep’s economy rate of 6.72 to go with such an amazing wicket-taking prowess is what makes him such a potent attacking option. Even though Chahal’s career economy rate of 8.00 in this format is a bit on the higher side, he makes up for it with his wicket-taking ability.

Yes, their performances have taken a hit of late but their overall numbers can’t be ignored at all. Any player can go through a dip in form and they shouldn’t be dropped unless the team has a better option to replace them. The finger-spinners playing at the moment for India cricket team aren’t better than Kuldeep and Chahal in any way.

Moreover, the T20 Cricket World Cup is going to be played in Australian conditions where the boundaries are big and the tracks are beautiful for batting. In such conditions, it is necessary to have bowlers who have a few tricks up their sleeves. Kuldeep and Chahal have always thrived in such conditions when batsmen have looked to attack them. And the variations they have make them a potent force on such placid tracks as well.

Yes, India still have 25 more T20I games to experiment with their combinations. But they should make sure that they don’t run out of time while doing so. That’s exactly what happened with solving their No. 4 conundrum before the ODI World Cup. Too much experimentation led to chaos and they went into the mega-tournament with their most vital batting position totally exposed.

The Indian management should keep that in mind and they need to ensure that the same mistake isn’t repeated twice. Kuldeep and Chahal form an important part of India’s bowling attack and their role is going to be pretty vital during the mega-event in Australia.