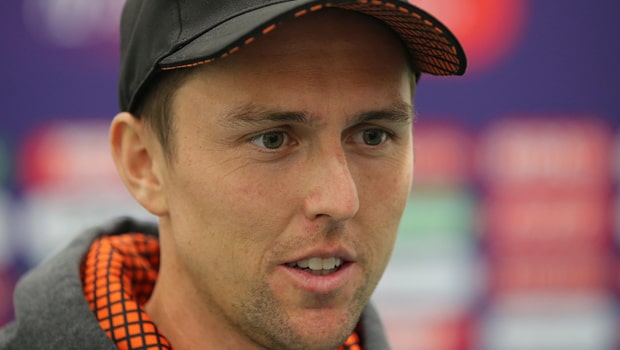 New Zealand fast bowler Trent Boult has revealed that he is not sure regarding his Indian Premier League participation. Boult, who will play for the reigning champions Mumbai Indians in the IPL 2020 after he was traded from Delhi Capitals, has stated that he will talk to the right people before taking his final call on the tournament.

Meanwhile, the IPL is slated to take place in the UAE, governing council chairman Brijesh Patel has confirmed. In fact, the IPL is now looking promising as the ICC has finally decided to postpone the T20 World Cup to 2021.

In fact, the IPL was to begin from March 29 but it was postponed indefinitely due to the coronavirus pandemic. Since then the future of the IPL was hanging on by a thin thread but things are looking good in the last couple of days after the postponement of the World Cup.

It was also speculated that New Zealand cricket has offered to host the IPL but wasn’t to be the case. Boult is currently not sure of his participation as no official decision has been made regarding the IPL, except for the venue.

“I’ll talk to the right people and then make that decision on what’s best for me, best for my cricket and obviously what’s best for my young family…there’s obviously a couple of other New Zealanders involved in that tournament – but it’s just going to have to be one of those ‘time will tell’ kind of things,” Boult was quoted as saying by new Zealand portal One News.

Boult added that he wants to be back in action as soon as possible but he also understands that it will take some time before the crowd would once again add the spark in the stadiums.

Meanwhile, Trent Boult is one of the six New Zealand players who will play in the IPL. Boult has played 33 IPL matches in which he has snared 38 wickets at an average of 29.47.

The left-arm pacer is known to hit the right areas and can bowl around 140 kmph to breathe down the neck of the opposition batsman. Boult will like to be at his best and deliver the goods for Mumbai Indians.

Boult played only five matches in the IPL 2019 for Delhi Capitals in which he scalped as many wickets.