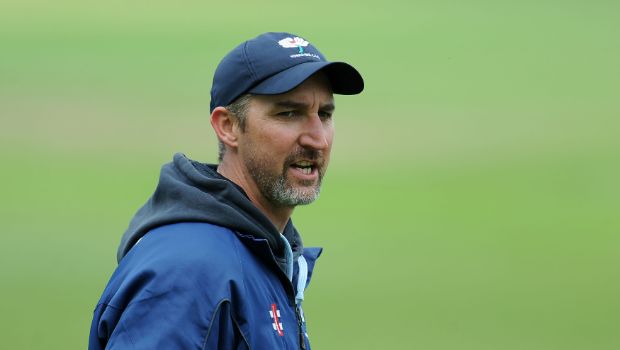 Former fast bowler Jason Gillespie feels Australia will be favourites for the upcoming Test series against India as the visitors will be without the services of their veteran pacer Ishant Sharma.

The lanky fast bowler has been the leader of the pack and his experience would have added value to the squad.

Ishant is the most improved fast bowler in the last two years and his record speaks volumes for his impressive performances. However, Ishant was recently ruled out of the ongoing IPL due to muscle tear and could only play a solitary match for Delhi Capitals.

The Delhi fast bowler was not named in the Test squad for the Australian tour and the likes of Navdeep Saini and Mohammed Siraj have made the cut into the squad. Meanwhile, Ishant had recently hit the gym and he also revealed that he will get back to bowling soon.

On the other hand, the veteran had scalped 11 wickets in the three Test matches on the previous tour of Australia and had played a key role in the team’s success.

Ishant scalped 25 wickets in six Test matches in 2019 at an impressive average of 15.56 to finish as India’s second highest wicket-taker in the year. India’s pack leader has been at his best since 2018.

Ishant has played 18 Test matches in the last two years in which he has snared 71 wickets at an impressive average of 19.14 and he has taken four five-wicket hauls. Hence, he is the most improved Indian bowler.

On the other hand, Bhuvneshwar Kumar also suffered a hip injury in the IPL while playing for Sunrisers Hyderabad and he is also not named in the Indian Test squad.

“I am predicting Australia to edge out India in this series,” said the former Australia fast bowler in an interview. “I think home advantage is going to be a factor. Besides, it will be a blow with both Ishant Sharma and Bhuvneshwar Kumar injured. Bumrah and Shami have been bowling well for India. But, India will miss Ishant for his experience in Australian conditions,” said Gillespie.

Meanwhile, Jason Gillespie had played a key role in helping Ishant turn the tables in his career. The former Australian paceman coached Ishant during his stint with Sussex in 2018-19.

Ishant has scalped 297 wickets in 97 Test matches and he is a completely different bowler. However, the onus will be on Mohammed Shami and Jasprit Bumrah on the upcoming tour of Down Under.

India will play the first pink-ball Test at Adelaide Oval from December 17.