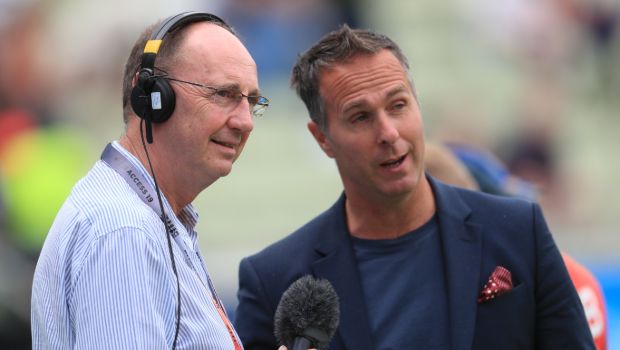 Vaughan made the statement after Rohit Sharma-led Mumbai Indians clinched their fifth IPL title as they defeated first-time finalist Delhi Capitals by five wickets in the final at Dubai International Cricket Stadium on Tuesday.

Rohit has an impeccable record as a T20 captain as he is the most successful IPL captain with five titles under his belt. On the other hand, if comparisons are to be made, Virat Kohli is yet to win an IPL title for Royal Challengers Bangalore. RCB’s journey in IPL 2020 ended when they lost the Eliminator against Sunrisers Hyderabad.

Rohit was handed over the captaincy baton of Mumbai Indians in 2013 and since then he has led from the front. The talisman is known to lead with a calm mind on his shoulders and he has got the best out of the players in crunch situations.

In fact, Rohit has a 100% record in IPL final as a captain as he has won all the five finals. MI had lost the IPL 2010 final under the leadership of Sachin Tendulkar.

Michael Vaughan wrote in his Tweet, “Without question Rohit Sharma should be the Indian T20 captain .. fantastic man manager & leader .. & he knows exactly how to win T20 games .. it would also give Virat a chance to take a breather and just be the player .. it’s works for all other teams around the world ..#IPL2020”.

Not only Rohit Sharma has delivered the goods as a captain but also he has been phenomenal as a batsman. Rohit scored a fine knock of 68 runs off 51 balls to help his team get close to the target of 157 runs against DC. Thus, he has become the only captain to score two IPL fifties.