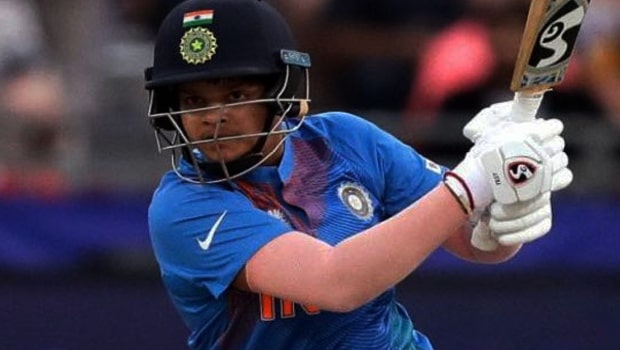 India has maintained the winning runs in the women’s T20 World Cup by getting their third straight win against New Zealand with a narrow four-run gap.

With the wins, they have secured a semi-final ticket in the competition.

They continued from where they stopped against Bangladesh with 16-year-old opener Shafali Verma doing her thing again, getting 46 runs off 34 balls.

The superlative performance from the bowlers deserved to be commended as well because they helped the team to the narrow win after restricting New Zealand’s top batters to having just a few runs on Thursday.

New Zealand won the toss and opted to field with India invited to bat. At the end of their innings, they posted a below-par 133 for eight in the group A match. Apart from Shafali top-scoring with a 34-ball 46, Taniya Bhatia was the closest chipping in with a 25-ball 23.

With the below-par target set for New Zealand, they looked high on confidence in meeting it after coming into the clash with a hundred percent record with a win over Sri Lanka in their opening game.

However, it was not going to be so as Indian produced a disciplined performance with the ball by restricting New Zealand to 129 for six to seal a last-four spot.

With the previous success against beaten Australia and Bangladesh in their last two outings, India topped Group A.

Speaking after the game, India captain, Harmanpreet Kaur, described the feeling in the squad as great.

While lauding the team’s performance, the skipper admitted that they made the same mistakes after starting well in the first ten overs and failed to maintain consistency.

While noting that the bowlers were on top of their game by bowling well in patches, she added that the team sometimes is not up to the mark, and that needed to be addressed soon.

In order to defend their low par total of 133, India started with spin bowler, Deepti Sharma, who conceded 12 runs. The New Zealand’s opener, Rachel Priest (12), got two boundaries off Deepti.

India quickly succeeded in stopping her from getting her rhythm through experienced pacer Shikha Pandey, who removed Priest in the next over after being caught at mid-wicket.

Knowing the capability of India’s bowlers, New Zealand played with caution to reach 28 for one during the overs of Shikha and left-arm spinner Rajeshwari Gayakwad.

Deepti later returned to remove Bates with a beautiful delivery withs New Zealand at 30 for two.

The highest wicket-taker so far in the tournament, Poonam Yadav and her teammate Radha Yadav later mounted the pressure on the Kiwis, and it paid off. The Black Caps were 34 for 3 when Poonam removed skipper Sophie Devine (14).

Gayakwad later dismissed Green, after the batwoman danced down the pitch only to end up with an outside edge, with Bhatia doing the rest of the work.

With a target of 44 off 21 balls, Kerr (34) blasted got four boundaries to accumulate 18 runs in the penultimate over bowled by Poonam to reduce the target to 16 off six balls.

Hayley Jensen (11 not out) and Kerr cracked a four each in the final over, but Shikha held her nerves to get India the needed win.