Women’s T20 WC: IND vs SL – India looking for their fourth straight victory on the trot 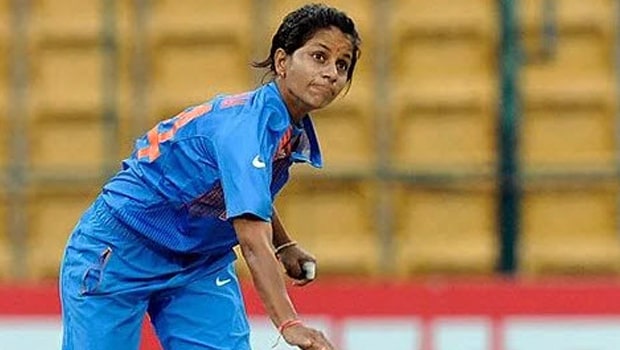 Preview: The India Women’s team booked their berth for the semi-finals of the ICC Women’s T20 World Cup with their thrilling three-run victory over New Zealand Women on Thursday. Even though they didn’t post the most daunting totals while batting first, their quality bowling unit ensured that those runs were enough to power India to victory every single time. They have now won three straight matches on the trot and thus will be looking for their fourth victory against Sri Lanka on Saturday. Sri Lanka Women, on the other hand, have lost both of their matches so far. Apart from skipper Chamari Atapattu, none of the other Sri Lankan players have been able to come up with good performances. Although there have been sparks of occasional brilliance in their bowling and fielding, lack of consistency has always allowed the opposition to walk away with the game. And their batters, apart from Atapattu, haven’t looked like they belong to this level. This will be a cause of concern while facing the Indian team once again. A loss in this match will guarantee their elimination from the tournament.

Shafali Verma: The 16-year-old is the top scorer for India in this edition of the tournament so far. Shafali has scored 114 runs so far at an excellent average of 38.00 and an outstanding strike-rate of 172.72. Not only that, she was also adjudged the Player of the Match in two out of these three matches and that sums up the impact she has had on the Indian team with her fearless batting approach at the top of the order.

The 16-year-old is top of the tree 🌲#INDvNZ | #T20WorldCup pic.twitter.com/GaVkk5rGOk

Poonam Yadav: The leg-spinner has been the leader of India’s bowling unit in this tournament so far. Poonam is the highest wicket-taker in the competition at the moment with eight wickets to her name at a sensational average and strike-rate of 8.62 and 9.0 respectively. Her spell of 4 for 12 in the tournament opener against Australia helped India to pull of a thrilling win and she was adjudged the Player of the match for such a fine performance as well. She picked up three wickets in the next match against Bangladesh to underline her importance once again.

Chamari Atapattu: The Sri Lankan skipper has been in fine form with the bat in this tournament. She has scores of 41 and 50 in the previous two matches while batting at the top of the order. Not only that, she has picked up two wickets in the two matches at a decent economy rate of 7.71 as well. So, she has been in good all-rounders form and needs a little support from her teammates to turn their fortunes around in this match.

Shashikala Siriwardene: She is another Sri Lankan all-rounder who has the same potential as Atapattu. Although she hasn’t had the best of returns with the bat in the last couple of matches, she has gone on to pick up two wickets with the ball at a mean economy rate of 5.85. Sri Lanka would be looking for an equally good bowling performance in the next match and a decent knock with the bat will only be a bonus.