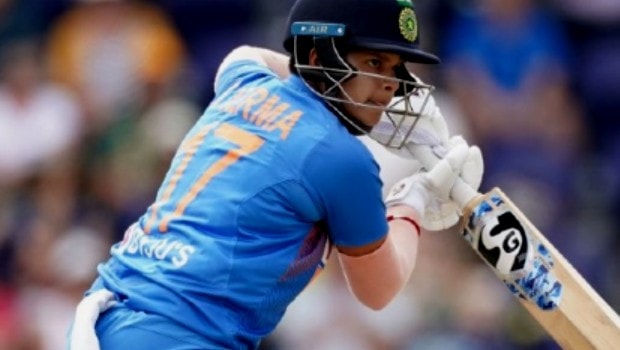 The duo took to their Twitter page to shower praise on the 16-year-old batswoman whose great form in the ongoing tournament has helped the team to qualify for the semi-finals of the competition.

India got the semi-final berth after winning their first three games against Australia, Bangladesh and New Zealand.

Her performance on Thursday against the Black Caps, which she produced 46 runs off 34 won the 16-year-old batswoman her second Player of the Match award in three games. The four-run win over the Kiwis took India to the semi-final.

In the three games, she has now recorded 114 in the tournament so far which is a new record. According to the available record, no player has ever scored more runs at a higher strike rate at a single World Cup than the 16-year-old sensation with 172.72.

Describing the team’s performance as fantastic via his Twitter page, Tendulkar lauded India for becoming the first team to enter the semi-finals in a tight game that they played well under pressure. He also described Shafali’s contribution as another crucial knock.

Appreciating the commendation, Shafali also responded via her Twitter page, thanking the legend for his kind words and support, promising to continue giving her best for the team.

Sehwag in his tweet, described the team’s scalp as great and lauded them for holding on to their nerves to beat New Zealand and qualify for the semi-finals. He also described Shafali as a rockstar.

In her reaction, the 16-year-old prodigy appreciated the comment, saying his support means a lot to the team.

The next challenge for India is their final match against Sri Lanka in Group A today at the Manuka Oval in Canberra. The match is a mere formality for them, having qualified for the last four.