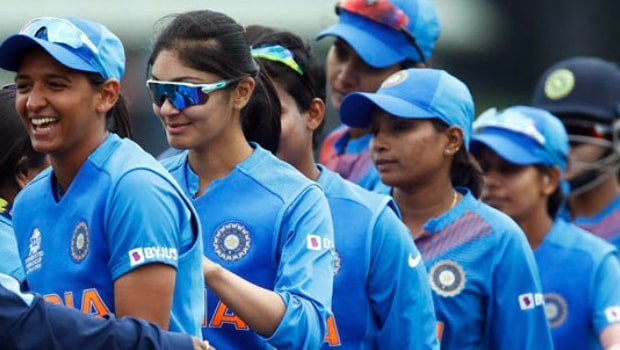 India will be meeting the host, Australia in the final of the ongoing Women’s T20 World Cup on Sunday.

India had qualified for their maiden final without playing a ball due to rain after having an unbeaten run in their group games. India had beaten Australia, New Zealand, Bangladesh and Sri Lanka in the process.

Having qualified for the final after their last-four tie against England was washed out, this will be the second game between India and Australia.

India had shocked the host, which was one of the favourites to win the tournament when it recorded its maiden win against them.

In the other semifinal game, the rain didn’t stop Australia from beating South Africa by five runs on the DLS method to battle India for the cup.

Being the defending champion and the hosts, the momentum could be with the Aussies to retain the title.

If it had rained as forecasted, South Africa would have strolled into the final, having topped their group.

The Proteas women have now suffered semifinal ouster in the world cup twice in a row in three years. England beat them in the 2017 50-over World Cup semifinals.

In the build-up to the game, South Africa suffered a blow as all-rounder Marizanne Kapp was not fit to play and was replaced by Nadine de Klerk, who had a stellar performance with 3-19 as they restricted the hosts to 134 for five. Othe top performers were Nonkululeko Mlaba (1-18) and Shabnim Ismail (0-20).

No Australian batter could trouble South Africa except captain Meg Lanning (49 not out) with Beth Mooney posting 28.

The duo of Sune Luus (21) and Laura Wolvaardt (41 not out) tried to rebuild their momentum and shared 47. The reigning champions dismissed sune with 27 runs needed from needed off ten balls to seal the win.

But that proved to be a hurdle too far for South Africa as the hosts progressed to face India for the second time in the tournament.