Would love to be available for the IPL – Glenn Maxwell 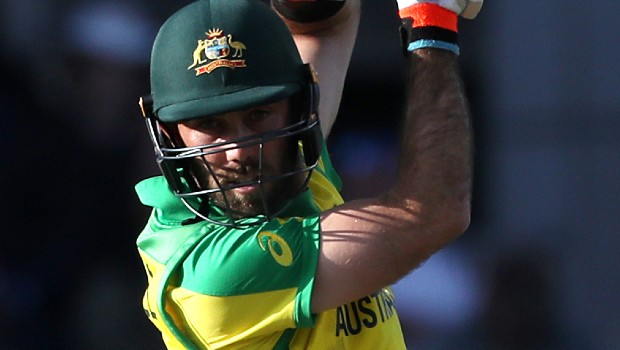 Australian all-rounder Glenn Maxwell has confirmed that he would love to be part of the 13th season of the IPL if everything goes well. Maxwell is one of the marquee players of the league and he is ready to play in the lucrative league if it all goes to plan. The IPL is set to be played in the UAE and the BCCI is awaiting the government nod. BCCI has already asked for the permission of Indian government to stage the event in the UAE.

Meanwhile, Glenn Maxwell was roped in by Kings XI Punjab for a whopping amount of INR 10.75 crores in IPL 2020 auction. Maxwell has been a consistent performer in the T20 matches and he is well known for his pyrotechnics.

The Australian all-rounder also likened the IPL with the World Cup, though on a smaller scale. Maxwell believes the glamorous league provides a great competition and there are a lot of positives as the player gets to play with and against one of the best players in the business.

Maxwell added he is disappointed with the postponement of the T20 World Cup as the Australian team had built a quality team for the global event. The T20 World Cup is now postponed to 2021 by the ICC but the hosts are yet to be decided.

Glenn Maxwell said while talking to Fox Sports, “You wait and see (with the IPL), waiting on the judgments of other people, what you can and can’t do with travel and quarantine times and all that, if everything gets ticked off there I have no real reason not to go.

“The overseas guys get a hell of a kick playing in it, some of the best players in the world rubbing shoulders, similar to a World Cup, but on a smaller scale. If everything gets ticked off I would love to be available for it.”

On the other hand, Glenn Maxwell has scored 1397 runs in 69 IPL matches at a blistering strike rate of 161.13 and he has scalped 16 wickets. Maxwell has played for Kings XI Punjab earlier and he would like to hit the ground running in the T20 league. The right-hander has the skills to turn the match on its head with his aggressive batting.

Meanwhile, Australian players like Steven Smith, David Warner and Pat Cummins had earlier said that they would like to play in the IPL if the T20 World Cup doesn’t happen in 2020. Thus, there are good chances that the big Australian players will be available for the IPL.