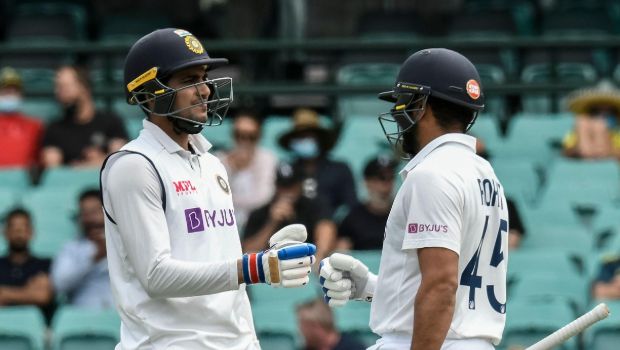 Former New Zealand head coach Mike Hesson reckons that India is likely to go with Shubman Gill and Rohit Sharma as their openers but Mayank Agarwal should be considered for the World Test Championship final against New Zealand.

Hesson feels Agarwal should be considered as he had faced the New Zealand bowling attack in New Zealand conditions in February-March 2021.

Agarwal had scored 102 runs in two Test matches against the Kiwis and he was India’s highest run-getter in the series.

However, the right-hander from Karnataka couldn’t grab his chances in the first two Test matches against Australia and thus he was dropped from the third Test. Agarwal got his chance in the fourth Test match at the Gabba but could not convert his start into substantial score.

The right-hander didn’t get his chance against England in the home Test series as Shubman Gill was preferred over him. On the other hand, even Gill could not deliver in the four Test matches against England as he scored 119 runs in four matches. Thus, it will be interesting to note who will be India’s opener along with veteran batsman Rohit Sharma for the WTC final.

“They will probably go with Rohit and Shubman but I think Mayank needs to be considered. He has faced the New Zealand attack in New Zealand, where he would have got some crucial experience,” Mike Hesson, who coached New Zealand from 2012 to 2018, said.

“It is an issue. New Zealand will have to look at the bowling attack and that’s potentially why Trent Boult will play this game (second Test against England from Thursday. That will give one of those other quicks to rest potentially, because it’s only four days between each Test.

“So, three on the bounce is a big deal, especially if you put in 45 to 50 overs in the second Test, or they just decide to manage the workloads which is not something you usually do going into a Test match,” Hesson said.