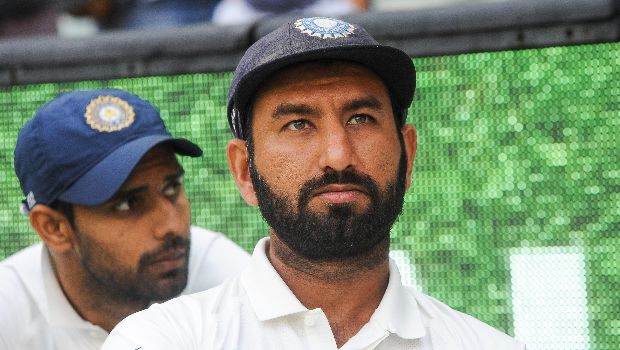 Indian great Sachin Tendulkar reckons losing Cheteshwar Pujara and Virat Kohli within an interval of 10 balls did put a lot of pressure on the Indian team on reserve day of the World Test Championship final at Ageas Bowl, Southampton.

The first half an hour was always going to be crucial for both the teams and New Zealand was able to win the opening session.

Kyle Jamieson got the big wicket of Indian skipper Virat Kohli as he produced an outside edge of the talisman and BJ Watling took an easy catch. Subsequently, Cheteshwar Pujara was also dismissed by the lanky paceman. New Zealand were able to scalp three wickes in the opening session and conceded 66 runs, which was the turning point of the game.

In fact, the match was well poised before the start of the reserve day but New Zealand were able to put their noses in front after the first half hour after getting the big wickets of Virat Kohli and Cheteshwar Pujara.

Sachin Tendulkar wrote in his Tweet, “Congrats @BLACKCAPS on winning the #WTC21. You were the superior team. #TeamIndia will be disappointed with their performance. As I had mentioned the first 10 overs will be crucial & 🇮🇳 lost both Kohli & Pujara in the space of 10 balls & that put a lot of pressure on the team”.

India was not up to the mark with the bat as they scored 217 and 170 runs in each of the innings. The Virat Kohli-led team could not show the gumption with the bat in the big final and it led to the downfall of the team. In fact, the pitch wasn’t bad to bat in the second dig as the sun was out and there was hardly any help for the New Zealand fast bowlers.

However, Kyle Jamieson was the difference between the two teams as he scalped a total of seven wickets. Furthermore, none of the Indian batsmen could breach the 50-run mark and it was a disappointing effort.