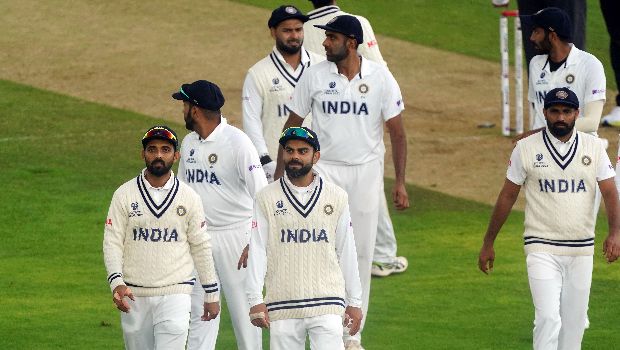 Former Indian chief selector MSK Prasad believes Team India’s batting unit did let them down in the World Test Championship and he fails to understand why people are blaming the bowling battery. India could only manage 217 runs in the first innings whereas they were skittled out for 170 runs in the second essay.

In fact, India ended Day two of the Test match at 146-3 and it looked like they could score more than 275 runs, which would have put them in the driver’s seat. However, they failed to capitalise on the momentum and lost wickets in a cluster on Day three of the Test match.

Subsequently, a solid batting effort was the need of the hour for the Indian team in the second innings to save the Test match. However, Cheteshwar Pujara and Virat Kohli were dismissed in quick succession, which was the turning point of the match.

The Virat Kohli-led team then lost five wickets in the second session as they could not show the stomach for the fight. India could only set a target of 139 runs in the WTC final, which was not enough in the end as New Zealand won convincingly by eight wickets.

“We have gone with our best combination, that’s not the issue. It’s our batting which has let us down, why are people bothered about bowling? After falling 60 runs short [in the first innings], you can’t expect to win. If they had gotten 300 runs, the match would either have been in our favour or it would have been a draw. So I don’t think there was anything wrong with the playing XI,” MSK Prasad said in an exclusive interview with Sportskeeda.

On the other hand, a lot of Cricket boffins believe that India didn’t play the right combination as an extra seamer like Mohammed Siraj would have been more effective than Ravindra Jadeja. The all-rounder didn’t have a great match as he scalped a solitary wicket. However, Prasad added that Jadeja was picked in the team to make the most of the footmarks, but the pitch didn’t deteriorate.

“There was a reason why Jadeja was played. The reason was that, if in case it would have been a full game, there would have been a lot of footmarks, they [NZ] had many left-handers in their side, which he could have fancied his chances against. If you really look at it, there was some spin on offer which even helped Ashwin.

“Also, considering the kind of form that Jadeja is in, that was the best possible XI we could have put up. The first day got washed but it still was a five-day game with the extension of one more day. So had it been a five-day game, Jadeja would definitely have come in handy,” Prasad, who served as chief selector from 2016 to 2020, elaborated.