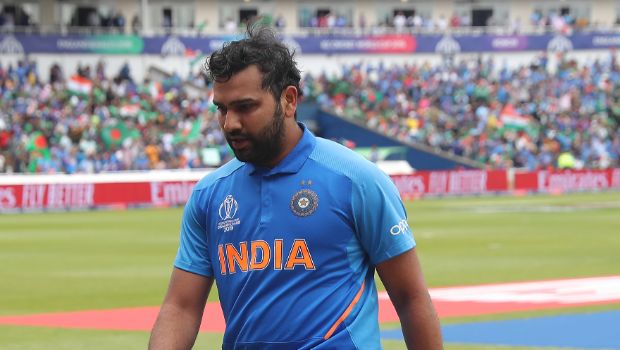 However, he feels both the Indian openers will face a lot of difficulties while facing the New Zealand fast bowlers.

Trent Boult can get the ball to move back into the right-handers whereas Tim Southee will get the ball to move away from them. Thus, there will be a good variety in New Zealand’s bowling attack and the Indian openers will have a task of negating the first 20 overs against a quality bowling unit.

Rohit Sharma hasn’t quite delivered the goods while playing in the overseas conditions as a Test batsman but he has all the experience under his belt. Furthermore, he had scored 648 runs in the 2019 World Cup in England and had finished as the leading run-getter. But there is no doubt that the red-ball format brings a different challenge altogether.

On the other hand, Shubman Gill will be playing in the English conditions for the first time in his young Test career. Gill had scored 259 runs in three Test matches against Australia but failed to get going against England in home conditions as he could only amass 119 runs in four Test matches.

Furthermore, he wasn’t at his best in IPL 2021 while playing for Kolkata Knight Riders. However, the right-hander looks in good form as he scored a fine knock of 85 runs in India’s intra-squad match at Southampton.

Irfan Pathan said while talking to Star Sports, “I will definitely back Rohit Sharma and Shubman Gill, but they will have a lot of difficulties because of the bowling in front of them; one gets the ball in, and the other takes it away. Both of them will try to pitch the ball up, and there the two openers have to manage.”

“We are talking about Shubman Gill that his performance in the IPL was not that good, but that is a different format. He started off very well in the red-ball format in Australia. You don’t forget that so soon, and you go according to the format.”