WTC Final | To see no wickets from Jasprit Bumrah was disappointing: Wasim Jaffer 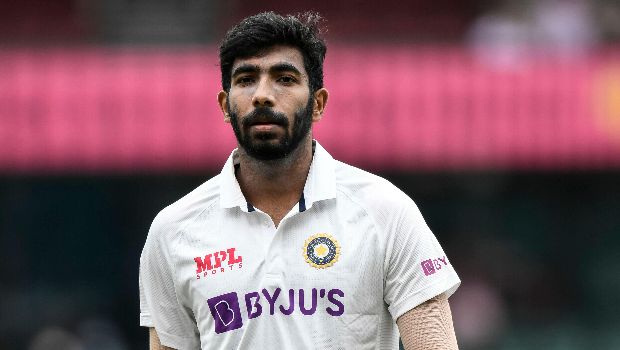 Former Indian domestic giant Wasim Jaffer has stated that it was disappointing to see Jasprit Bumrah going wicketless in the World Test Championship final against New Zealand. Bumrah was on the short side in the first innings as he was not up to the mark.

The ideal length to bowl in English conditions is a tad fuller but Bumrah failed to hit the right areas. On the other hand, Jasprit Bumrah didn’t have the rub of the green on his side in the second innings as he went past the edge on numerous occasions. Furthermore, Bumrah bowled a fiery spell towards the fag end of the match but without any luck.

Bumrah was also able to produce Ross Taylor’s outside edge but Cheteshwar Pujara had shelled it at first slip. The right-arm fast bowler has been India’s best bowler in the recent past but he did not stand tall to the challenge.

“Mohammed Shami was the standout bowler for India alongside Ishant Sharma. Ashwin supported really well, but to see no wickets from Jasprit Bumrah was disappointing and it was a big setback for the Indian team. Even though I don’t think Bumrah bowled badly, somewhere I thought the wickets column eluded him,” Wasim Jaffer opined on his YouTube channel.

“I was really disappointed by the way India batted in the second innings. They should have been a little bit more positive and should have shown more intent. Probably 40-50 runs would have saved the game or would have made the game more interesting had New Zealand gone on to chase the game with a bit more run-rate. I thought 170 was a below par score and the conditions of the first day probably played on their minds,” Wasim Jaffer concluded.

Meanwhile, Bumrah will aim to make a solid comeback as he is a fine bowler. Bumrah will look to pull up his socks before the five-match Test series against England.