Yashasvi Jaiswal: Indian teenage cricketer on the path of glory 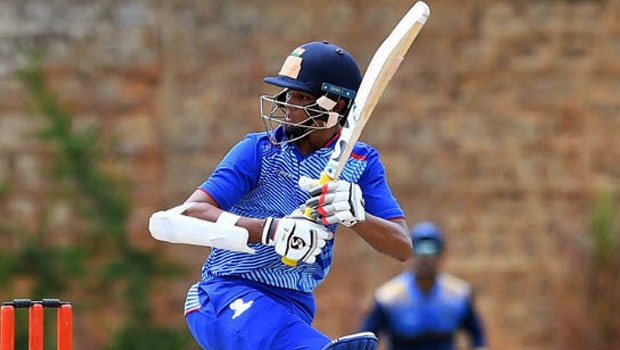 We are already familiar with the story of Prithvi Shaw – how he started making the newspaper headlines at a very young age, scored loads of runs in domestic cricket and, thus, forced his way into the Indian cricket team.

Generally we get to see such teenage prodigies once in a generation. But, it seems like we have yet another teenage star, Yashasvi Jaiswal, among us once again.

The 17-year-old Mumbai batsman became the youngest player to smash a double ton in List-A cricket on Wednesday. Jaiswal smashed 203 runs off just 154 deliveries while opening the innings for Mumbai in the Vijay Hazare Trophy match against Jharkhand. His knock consisted of 17 fours and 12 sixes- the most hit by a batsman in a single innings in the history of Vijay Hazare Trophy.

Not only that, he also became the first cricketer born in the 21st century to score a List-A double hundred. In fact, he is having his first outing in List-A cricket and has scores of 44, 113, 22, 122 and 203 to his name in the five games he has played so far. Overall, he has 504 runs to his name at a staggering average of 100.80. Surely, he couldn’t have asked for a better start to his senior-level career than this.

Yashasvi’s double ton came just a few days after Sanju Samson smashed the fastest double hundred in List-A Cricket. He is now the seventh batsman in the elite list of Indian cricketers with a double ton in the format. Jaiswal has now joined the likes of Sachin Tendulkar, Virender Sehwag, Rohit Sharma (thrice), KV Kaushal, Sanju Samson and Shikhar Dhawan. Tendulkar, Sehwag and Rohit have obviously scored their double hundreds in international cricket whereas Dhawan scored his in a practice game against South Africa A in 2013.

From sleeping on an empty stomach in a tent, to getting a call up for #TeamIndia, here's the inspiring story of U-19 star #YashasviJaiswal! 💪#HallaBol pic.twitter.com/YfxIZAlY2u

Jaiswal’s early life wasn’t rosy at all. He had his share of struggles. He used to live in his club tent for three years and also sold Panipuris for a living. But his hard work has finally paid off. He has made his bat talk and the entire country knows his name.

The left-handed batter was in fine form in the U-19 series featuring India, England and Bangladesh U19 teams prior to this tournament. He scored 294 runs in seven innings at an average of 42 and also had four fifties to his name.

The youngster is making all the right noises at the moment and his aim should be to carry on with this consistency until he makes it into the national setup in the next few years.