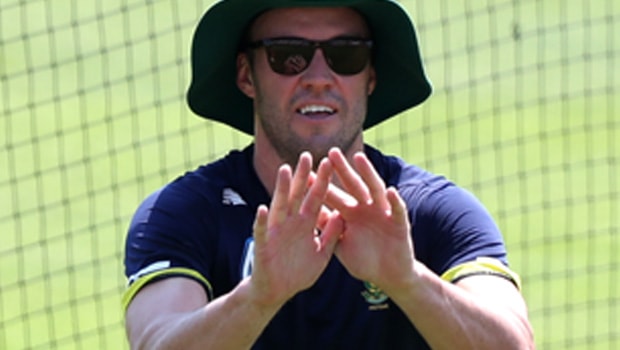 Royal Challengers Bangalore opening batsman Devdutt Padikkal was one of the biggest positives for the team in IPL 2020. Padikkal had a perfect start to the season as he scored a fifty on his debut against Sunrisers Hyderabad. The southpaw didn’t look back after that and gained confidence after sharing the dressing room with players like Virat Kohli and AB de Villiers.

The left-hander scored a fine knock of 74 runs against the potent bowling attack of Mumbai Indians in the 48th match of the season. Padikkal’s fine knock went in vain as MI won by five wickets but the Karnataka batsman received praise from AB de Villiers. The former South African skipper told the youngster to keep himself in the right frame of mind.

AB messaged Padikkal that he should try to keep himself in the zone and he is playing really well. It motivated Padikkal more as he received praise from one of the best batsmen in the world.

The rookie batter also revealed it is a treat to bat with a batsman like AB de Villiers as he takes all the pressure off his partner’s shoulders. AB is known to take the attack to the opposition from the get-go and he is one of the most explosive batsmen in the world.

“AB de Villiers is a special player. Just watching him bat is a treat for your eyes. Throughout the season, he kept telling me to stay in the zone and continue to do what I was doing,” Padikkal told ESPNCricinfo.

“I remember when we were travelling back from the Mumbai [Indians] game in which I got the 70 [74], he sent me a text message saying, ‘Continue to do that and you’re playing really well, just stay in the zone and enjoy yourself’. That was really special because, coming from him, it was a great honour. I really enjoyed batting with him whenever I could because he makes your job so easy. He just takes on the bowlers from ball one and I enjoyed watching him.”

Meanwhile, Padikkal scored 473 runs in 15 matches at an average of 31.53 and a strike rate of 124.80 and finished as the highest run-getter for RCB in the season. The greenhorn batsman also bagged the Emerging player award for his consistent performances. The southpaw scored five fifties and became the highest run-getter as an uncapped Indian player in his debut IPL season.

Padikkal showed great character and temperament throughout the IPL 2020 and he will look to continue the good show. The left-hander has shown the skills to go a long way in his career and he will only get better with experience.