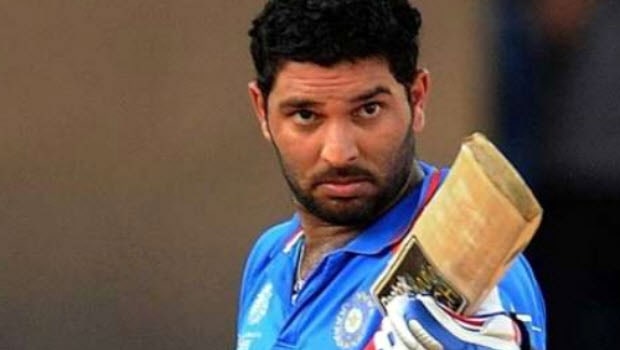 After James Anderson made history on Tuesday, Yuvraj Singh has set a challenge for India’s gun pacer, Jasprit Bumrah. Anderson became the first fast bowler to scalp 600 Test wickets when he got the wicket of Pakistan’s skipper Azhar Ali. Subsequently, the wishes poured for the England’s pack leader and Jasprit Bumrah and Yuvraj Singh also joined in on Twitter to give their congratulatory messages to the veteran fast bowler.

Yuvraj Singh replied to Jasprit Bumrah’s post and stated that his target should be minimum 400 Test wickets. Meanwhile, Jasprit Bumrah has had a perfect start to his Test career as he has scalped 68 wickets in 14 Test matches at an impressive average of 20.34.

Congratulations for your remarkable achievement @jimmy9! Your passion, fortitude and drive are exceptional, cheers and best wishes for the future. #600TestWickets

It is known that Bumrah has got an awkward action and it is not easy for the batsman to pick him up. Bumrah has got the pace under his belt which helps him in breathing down the neck of the opposition batsman.

The 26-year old fast bowler from Gujarat had played a key role in India’s maiden Test series win on the Australian tour in 2018-19. Bumrah had finished the series as the joint highest wicket-taker in the series as he had scalped 21 wickets.

The fast bowler also has an accurate yorker under his repertoire, which helps him in keeping the batsmen in check in the limited-overs format. Bumrah is also placed at second position in the ICC ODI rankings.

On the other hand, Bumrah has snared 104 wickets in 64 ODI matches whereas he bagged 59 wickets in 49 T20I matches for the Indian team. Bumrah has got off to a great start in his International career and he has troubled the best in the business. The ace paceman will look to continue his good show going in his career.

Jasprit Bumrah took to his Twitter account to congratulate James Anderson. The post read as, “Congratulations for your remarkable achievement @jimmy9 ! Your passion, fortitude and drive are exceptional, cheers and best wishes for the future. #600TestWickets”.

Yuvraj replied on the post and wrote, “Your target is 400 !! Minimum”.