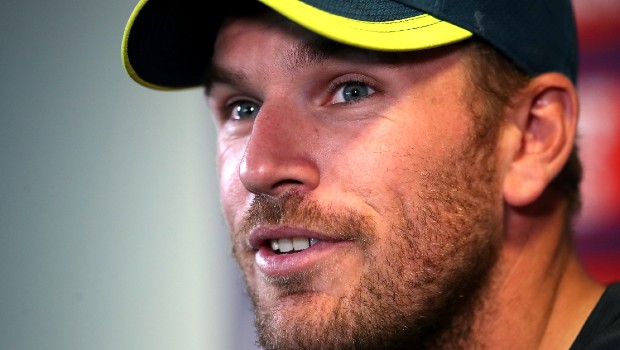 Australia’s limited overs captain Aaron Finch was running out of ideas to break the partnership of Rohit Sharma and Virat Kohli in an ODI, so he asked the square-leg umpire, Michael Gough how he would bowl to the pair. Gough replied that he has got enough on his plate and Finch is on his own to dismiss the talismen batters.

Finch was scratching his head as he had no clue how to get past the two ODI giants. The Australian captain then asked the umpire while he was fielding near the square-leg area.

“I remember a match between India and Australia, and Virat Kohli and Rohit Sharma were putting on a huge partnership,” Gough told Wisden Cricket Monthly. “I was standing next to Aaron Finch at square-leg and he said to me, during the game, how unbelievable it was to watch these two great players.

“Then he asked me how I would bowl at them! I looked at him and said, ‘I’ve got enough on my plate, you’re on your own there’,” he said.

Rohit Sharma went to score 119 runs whereas Kohli scored 89 as India convincingly chased down the total with seven wickets in hand. Ergo, the hosts also sealed the series by 2-1 and made a good comeback after losing the first ODI at Mumbai.

Meanwhile, Rohit Sharma and Virat Kohli are the pillars of strength on which the Indian batting stands tall. The right-handers have enjoyed batting together and they both have been instrumental in the success of the team.

The duo has scored 4878 runs in 80 ODI matches they have batted together at an impressive average of 65.04. They have had 18 century stands and 15 fifty-run alliances between themselves.

Rohit-Virat’s best partnership of 246 runs had come against the West Indies when they had chased down 323 runs in 42.1 overs. Both the batsmen are technically strong and it is hard to get them out once they are settled as there is hardly any chunk in their armour.