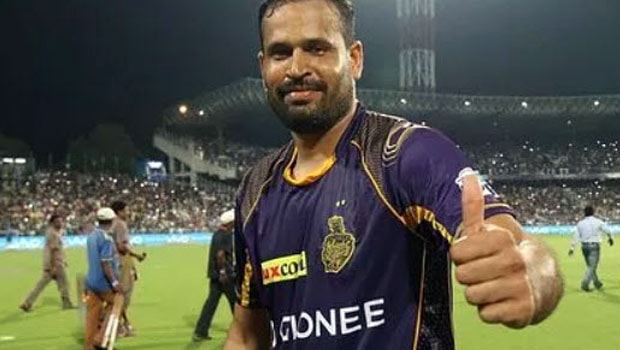 Indian all-rounder Yusuf Pathan has picked Shane Warne as the best Indian Premier League captain he has played under. Warne had led a young brigade of Rajasthan Royals to glory in the inaugural edition of the IPL. The former magician leg-spinner had all the experience under his belt and got the best out of the available players.

In fact, not many had put their money on Rajasthan Royals for the maiden edition but the club was able to tick the right boxes. Meanwhile, Yusuf Pathan played for three years under the leadership of Shane Warne and the all-rounder was also instrumental in the success of the team in the first season.

The right-hander was backed to the hilt by Shane Warne and the attacking batsman didn’t disappoint with his pyrotechnics. Pathan scored 435 runs in 16 matches of the inaugural season at an average of 31.07 and a blistering strike rate of 179.01. Pathan also scalped eight wickets in the same edition. Thus, he grew in confidence while playing under Shane Warne’s tutelage.

Subsequently, Yusuf Pathan played for Kolkata Knight Riders and he was able to win two more IPL titles. Pathan then made a move to Sunrisers Hyderabad.

The Baroda all-rounder added that Warne was able to make the most of the inexperienced players and lead them from the front.

“I played for three years under Shane Warne in IPL. There are many memories with him. He used to guide us how to dismiss batsmen well before the game and we used to implement them and batsmen used to get out in a similar fashion,” Yusuf Pathan told Crictracker.

“Unfortunately, I couldn’t play for more than three years under him. Without any big players, he took our team to the final and won the title in the inaugural edition, there were many domestic players and less international stars during that time in RR. Only a captain like him can win the title with a few resources around,” he added.

Meanwhile, Shane Warne also played a key role in his team’s success in the first season. The legendary leg-spinner snared 19 wickets in the 15 matches at an average of 21.26 and finished as the second highest wicket-taker behind his teammate Sohail Tanvir.

Warne was able to get the best of players like Munaf Patel, Siddharth Trivedi and Ravindra Jadeja. Shane Watson was another star for Rajasthan Royals as he amassed 472 runs and scalped 17 wickets in the opening season.