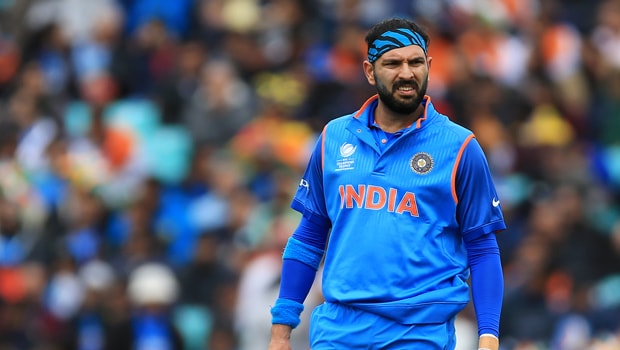 Yuvraj Singh came up with great performances in the ODI showpiece as he scored 362 runs and scalped 15 wickets in the quadrennial event. Thus, Yuvraj was awarded the Player of the tournament for his prolific renditions.

The southpaw was at his best and delivered the goods for the team. In fact, Yuvraj was not only battling against the opposition but he was up against one of the most deadly diseases – cancer. Yuvraj delayed his cancer treatment for the World Cup and came out as a national hero.

Laxman added that Yuvraj had an unwavering spirit and he would never give up. The Punjab all-rounder went on to defeat cancer and he recorded his highest ODI score of 150 against England at Cuttack in 2017.

In fact, to make a national comeback after recovering from cancer was an outstanding achievement by Yuvraj. Not many have the same heart and Yuvraj has never back down in his life.

Laxman stated that Yuvraj is an inspiration to the younger generation. VVS wrote in his tweet, “An inspiration to many through his successful conquest of cancer,it’s scarcely believable that @YUVSTRONG12 carried the team on his shoulders at the 2011 World Cup when gravely unwell. That he registered his highest ODI score after his recovery is tribute to his unwavering spirit”.

Yuvraj was never known to give up and he kept fighting for the team despite not being at the top of his health. Yuvraj had an illustrious career for the Indian team as he scored 8701 runs in 304 ODI matches at an average of 36.56. The left-arm spinner also scalped 111 wickets in his 50-overs career.

Yuvraj was well known for his performances in the big matches. He had played blistering knock of 30-ball 70 against Australia in the semi-final of 2007 World Cup T20. The southpaw also scored a fifty and took two wickets in the quarterfinal of the 2011 World Cup versus the Aussies.