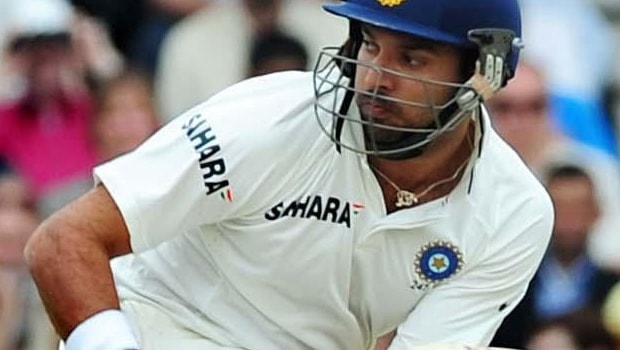 Former India all-rounder Yuvraj Singh, who retired from all forms of cricket last year, looks all set to return to competitive cricket once again as he was named in Punjab’s 30-man Probable squad for Syed Mushtaq Ali T20, starting on January 10.

Even though he retired from competitive cricket last year, Punjab Cricket Association had requested him to play along for them and Yuvraj had also given them his assurance.

According to a Times of India report, the 39-year-old has been training regularly at the PCA stadium in Mohali. He had also shared a short video clip of his practice session to show the kind of touch he is in.

However, it’s still not clear whether Yuvraj will be allowed to play for Punjab. “We are still awaiting BCCI’s response,” said PCA secretary Puneet Bali as quoted in the report.

Yuvraj had participated in the Global T20 League in Canada last year after getting NOC from the BCCI. The Board doesn’t allow any active Indian player to participate in foreign leagues at the moment.

The southpaw has played a total of 231 T20 matches in his career and has amassed 4857 runs in them at an average of 25.69. That includes 27 scores of fifty or more as well. His most memorable achievement in T20 cricket till date remains his six sixes off Stuart Broad’s over in the inaugural edition of the T20 World Cup in 2007.

Apart from Yuvraj, left-arm seamer Barinder Sran has also been included in the list of probables. He had joined Chandigarh after being left out of the Vijay Hazare Trophy squad.

The Syed Mushtaq Ali will also kickstart India’s domestic season, which has already been delayed a lot. The tournament is set to begin on January 10, with the final scheduled to be played on January 31.