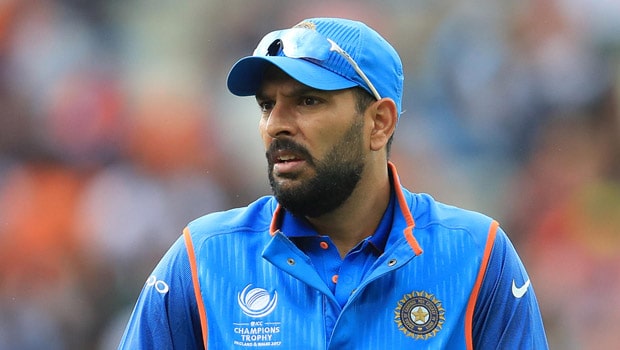 Yuvraj Singh was one of the most prolific white-ball all-rounders in the history of Indian cricket and was a genuine match-winner. He was the star of the show and had a big hand in helping India win two World Cups – the 2007 ICC World T20 and the 2011 World Cup at home. Despite his achievements, Yuvraj Singh never captained India, not even for a single match.

Two years since his international retirement and the left-handed batsman spoke about the regrets of not getting captaincy. He also revealed that he was surprised when the team management decided to appoint Dhoni as captain ahead of the 2007 World Cup.

In the ’22 Yarns’ podcast with Gaurav Kapur, Yuvi spoke about how the vacancy left by seniors like Sachin Tendulkar, Rahul Dravid and Sourav Ganguly led to the situation where a new captain had to be appointed before the 2007 T20 World Cup as the seniors had decided to opt out of the tournament.

He added that he never had any trouble getting along with Mahendra Singh Dhoni.

Yuvi also talked about an interesting conversation with Zaheer Khan during the ICC T20 World Cup.

“Yes, obviously, whoever becomes captain you got to support that guy whether it was Rahul, whether it was [Sourav] Ganguly, whoever in the future, end of the day you want to be a team man and that’s how I was. So, anyway, the seniors took a rest – Ganguly, Dravid, Sachin. So Zak [Zaheer Khan] says ‘I also should take rest, it has been a long tour’. I remember the first game was between West Indies and South Africa, right? And Chris Gayle hit a hundred off 50-55 balls. So Zak sends me a message in the night and he goes ‘Thank God! I rested for this tournament.’ and when we won the tournament he said ‘Oh no! I shouldn’t have rested’,” Yuvraj added.

The southpaw mentioned that the young Indian team during the 2007 World Cup did not have a definite strategy but that they stuck to their natural game during the competition.

“But anyway, starting for the 2007 World Cup, we were a young team. We didn’t have an international coach or really big names. Lalchand Rajput was our coach and I think Venkatesh Prasad was our bowling coach and we were just a young team under a young captain which just landed in South Africa. I don’t think we had too much of a strategy, no one had a clue about T20 strategies because it was the first tournament. So we thought ‘Let’s just go and play the way you know’,” said Yuvraj.