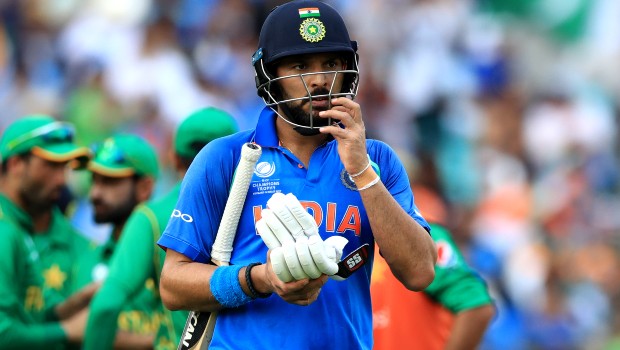 Former Indian batsman Yuvraj Singh has slammed the MSK Prasad-led selection panel for ignoring Ambati Rayudu for 2019 World Cup. Singh lashed out at the selectors for picking inexperienced players over Rayudu who had been continuously playing for the team in the last 18 months before the World Cup.

Rayudu was performing consistently for the side and he had scored a gutsy 90 in the tough conditions of New Zealand when the team had their backs against the wall. However, Rayudu didn’t have the best of the IPL 2019 as he could only muster 282 runs in 17 innings at an average of 23.5 and thus he had to pay the price.

In fact, Vijay Shankar was preferred over Rayudu for the all-round abilities but the Tamil Nadu player didn’t have much experience under his belt. Shankar was injured midway in the tournament and subsequently Rishabh Pant was called into the side but again the wicket-keeper batsman had hardly played much at the International level.

Rayudu then went on to take retirement but made a U-turn. The right-hander had impressed with his performances as he had scored 1694 runs in 55 ODIs at an impressive average of 47.06. Ergo, it was shocking to note his exclusion from the World Cup squad.

Subsequently, India didn’t have any experienced batsman in the middle order and it haunted them in the all-important semi-final against New Zealand when the top order failed to get them off to a good start.

“In 2019, I don’t know what was the thinking about the middle order. (Vijay) Shankar was picked at 4, and then (Rishabh) Pant replaced him. These guys played 4-5 games before the WC, they don’t perform in crunch situations then you scrutinise him. What is their (Indian cricket team selectors’) planning? Rayudu scored 90 in NZ and they dropped him in the last minute. Rayudu, who scored 90 in NZ, failed in three innings against Australia and wasn’t in the Indian squad, because he didn’t have a good IPL,” Yuvraj Singh said in an Instagram live interaction with Nikhil Naz.

In fact, MSK Prasad himself recently revealed that dropping Ambati Rayudu from the World Cup was one of the major regrets of his tenure.

On the other hand, Yuvraj feels one needs to challenge these outrageous calls from the selectors. The 2011 World Cup hero believes the team can not pick players who have played a handful of matches in place of an experienced player. Consequently, there needs to be proper planning while going into the big tournaments.

“Someone needs to be challenging these calls. You can’t go into a World Cup with guys who have played just 3-5 ODIs. There has to be a thought process while going into such a big World Cup. For the upcoming T20 World Cup, guys have been playing for a while and those who have experience should be picked. In the last minute if you pick a player just because you like him, it’s not fair on the guy who is being dropped,” Yuvraj Singh added.