Home » Cricket » Yuvraj Singh to come out of retirement, to play T20s for Punjab

Yuvraj Singh to come out of retirement, to play T20s for Punjab 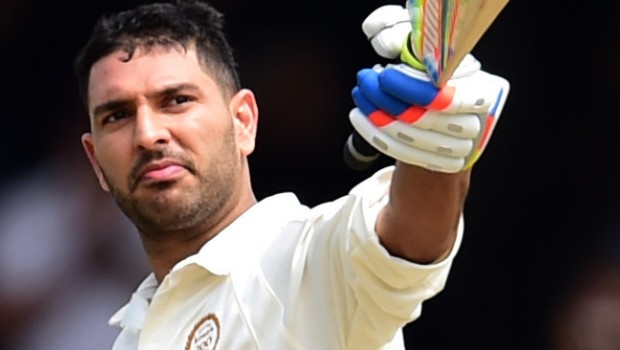 India’s former talisman batsman Yuvraj Singh has decided to come out of retirement and play for Punjab in the Syed Mushtaq Ali Trophy. In fact, it was recently reported that Yuvraj wants to ply his trade in the Big Bash League. The Player of the tournament in the 2011 World Cup, had announced his International retirement in June 2019.

Yuvraj finally decided to take a U-turn on his retirement after a suggestion from a Punjab Cricket Association official to give it a thought. The left-hander has also written a letter to BCCI president Sourav Ganguly to inform him about the same.

In fact, Yuvraj has had a good time while providing inputs to rookie Punjab players like Shubman Gill, Abhishek Sharma, Prabhsimran Singh and Anmolpreet Singh at the PCA Stadium in Mohali. Yuvraj has been their mentor and he was a tad surprised to note how sweetly he was timing the ball despite playing after a long hiatus.

Yuvraj revealed that he didn’t take the offer from Mr. Bali that seriously in the beginning but decided to make a comeback after giving it a thought for almost three to four weeks.

“Initially, I wasn’t sure that I wanted to take up the offer. I was done with domestic cricket, though I did want to continue to play in other domestic franchise-based leagues worldwide if I got permission from the BCCI. But I also couldn’t ignore Mr Bali’s request,” Yuvraj Singh, who won the Player of the Tournament at the 2011 World Cup, told Cricbuzz.

Meanwhile, Yuvraj added that the idea is to help the youngsters in their development. Furthermore, he also wants to take Punjab to championship in the domestic circuit. Yuvraj added he hasn’t been able to win a big title with veteran off-spinner Harbhajan Singh and he would like to do the same.

On the other hand, Yuvraj Singh played for Toronto Nationals in the Global Canada T20 league in August last year after taking a NOC from BCCI. Subsequently, he went on to play for Maratha Arabians in Abu Dhabi T10 league. Yuvraj has also made his intentions clear that he wants to play in various T20 leagues across the globe.

It would be exciting to see Yuvraj Singh back in action as he has always had a great flair in his batting. It would be interesting to note how things will pan out for the champion batsman.