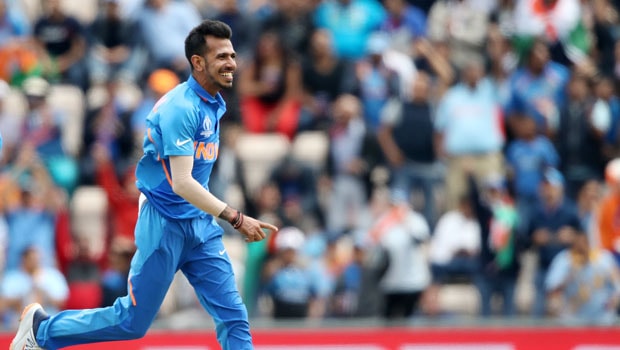 Former Pakistan legendary spinner Mushtaq Ahmed stated Indian leg-spinner Yuzvendra Chahal is a very good bowler. Ahmed added that Chahal needs to make better use of the crease. The former Pakistan spinner feels Chahal can bowl from wide of the crease at times to trouble the batsman.

Yuzvendra Chahal has done a good job for the team since he has made his debut. The leg-spinner has worked in tandem with Kuldeep Yadav in the limited overs format. In fact, both of these spinners have provided the breakthroughs in the middle overs.

Chahal is known to be accurate with his line and length and most importantly he has got a big heart. The leg-spinner has shown in the past that he is not afraid to pitch the ball up even when he is taken for runs. This stratagem helps Chahal in getting the crucial wickets, which can turn the match in his team’s favour. Chahal has also got a good googly under his belt.

Meanwhile, Ahmed added that is crucial for a bowler to bowl according to the field he has set. Furthermore, if the track is providing the assistance then the spinner must bowl from wide of the crease as that angle can trouble the best in the business. In fact, it is well known that if a bowler bowls from a different angle, he creates doubt in the mind of the opposition batsman.

“Chahal is a very good bowler but can use the crease much better. He can go wide of the crease at times. You got to be smart enough to understand pitches. If it is a flat pitch, you can bowl stump to stump.

“If the ball is gripping, you can go wide of the crease because you can trouble even the best of batsmen with that angle. That way your googly also doesn’t turn as much as the batsman expects and you end up taking a wicket,” the 49-year-old, Ahmed said as quoted by PTI.

On the other hand, Yuzvendra Chahal has scalped 91 wickets in 52 ODI matches at an average of 25.84 and he has impressed with his skills. Chahal will aim to leapfrog Mohammad Shami’s record of 100 ODI wickets in 56 ODIs, once he gets back on the cricket field. Chahal has snared 55 wickets in 42 T20I matches at an 24.35. However, he is yet to make his Test debut.

Mushtaq Ahmed who played 52 Test matches and 144 ODIs for Pakistan believes Chahal, Shadab Khan and Adam Zampa are currently the best three leg-spinners in the world.