Yuzvendra Chahal reveals he played IPL despite having multiple fractures 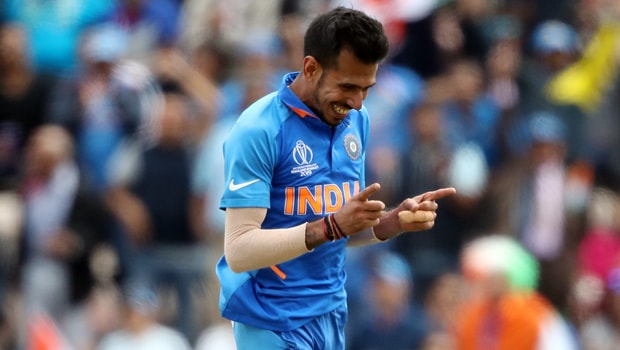 Royal Challengers Bangalore leg-spinner Yuzvendra Chahal revealed that he played in the Indian Premier League despite having multiple fractures. Chahal added that he didn’t even know he was carrying four fractures when he was playing for RCB in the IPL.

The leg-spinner disclosed that he later found out about his fractures in his wrists. It is never easy for a player to play with injuries and Chahal must have had a hard time while going through the pain. As Chahal is a wrist spinner, his right-hand would come into play every single ball he is bowling and hence it must have been a hard job for him.

In fact, Indian fast bowler Mohammed Shami also made a shocking revelation recently. Shami revealed that he played the 2015 World Cup with a knee injury but the team management gave him the confidence to continue despite the hardships.

“I found out later that I had four fractures. I have even played IPL with a fracture. Our fingers are very important for us. If they stop working, we will have to start working outside the ground,” Chahal said in a web show ‘Double Trouble’ hosted by Indian women cricketers, Smirti Mandhana and Jemimah Rodrigues.

On the other hand, Yuzvendra Chahal has been Royal Challengers Bangalore’s best bowler. Chahal has been consistent with his performances and he is often the go-to bowler for Virat Kohli. Chahal is the leading wicket-taker for the club as he has scalped 100 wickets in 83 matches for RCB.

In fact, Chahal made his IPL debut back in 2013 for Mumbai Indians. However, he played a solitary match for the four-times champions, in which he went wicketless.

Meanwhile, Chahal has also done a fine job for the Indian team. The leg-spinner is known to back his skills and he is not afraid to go for runs as he always hunts for the wickets. The 29-year old has played 52 ODI matches in which he has scalped 91 wickets at an average of 25.84. Thus, if he manages to take nine more wickets in his next three ODIs, he will leapfrog Mohammed Shami to become the fastest Indian bowler to 100 ODI wickets.