Yuzvendra Chahal reveals his bowling strategy against Glenn Maxwell in 2017 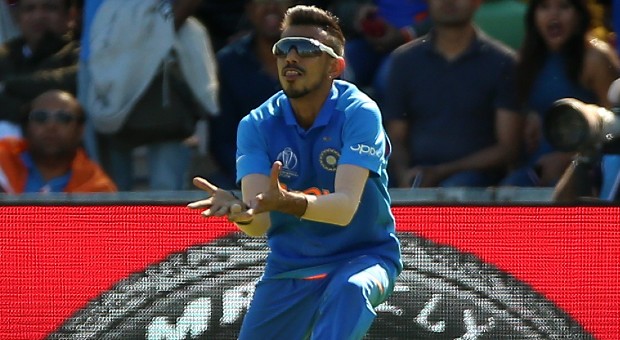 India’s leg-spinner Yuzvendra Chahal has revealed his bowling strategy against Australian pugnacious batsman Glenn Maxwell. Chahal stated that Maxwell was trying to attack him from the word go in 2017 and he made a plan with former Indian skipper MS Dhoni.

Dhoni, who is known to read the batsman’s mind with perfection, advised Chahal to bowl wide of the off-stump to the right-hander. Subsequently, Maxwell had to reach out of the ball and Chahal had a chance of getting him stumped.

The plan worked wonders and Chahal was able to get the prized wicket of the attacking batsman. The incident is of an ODI which was played at Holkar Stadium, Indore in 2017. Chahal said Maxwell was a bit impatient in his approach and he was able take advantage of the same.

Chahal revealed that the plan was to keep mixing up the deliveries so that Maxwell remains doubtful in his mind.

It was a laugh riot 😅😂 when the spin twins @imkuldeep18 and @yuzi_chahal reunited. Watch the fun chat in this segment of Open Nets with @mayankcricket

“He (Maxwell) was lacking patience in this series. He was always trying to attack on my deliveries, and he would start hitting shots against me. So I spoke to Mahi bhai, what to do. So Mahi bhai said, ‘we will mix-up the deliveries. We will not show him that we are about to bowl to him outside off-stump, so that it will create chances to get him out’,” Chahal said while talking to Mayank Agarwal and Kuldeep Yadav on BCCI website.

“Maxwell kept getting out on my deliveries. I have also dismissed him a few times in the IPL,” Chahal said.

Meanwhile, it is well known that Chahal has always shown a big heart while bowling to dangerous batsmen. The leg-spinner from Haryana is not afraid to go for runs and he is always thinking wickets, which has helped him savour success at the International level.

Chahal has impressed in the limited-overs format as the leg-spinner has scalped 91 wickets in 52 ODI matches at an average of 25.83. On the other hand, Chahal has snared 55 wickets in 42 T20I matches for the national team. Ergo, he would look to continue his good show going in the national colours. Chahal is yet to make his Test debut for the Indian team.