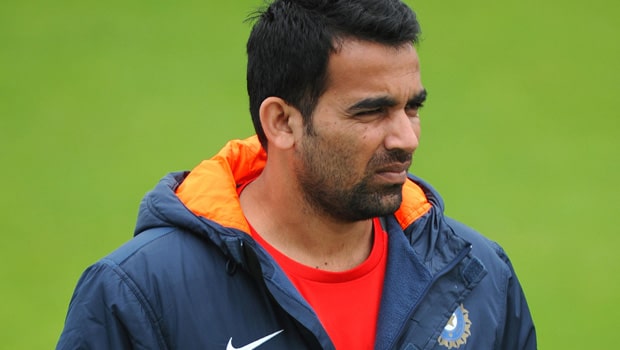 The forms of senior batters Cheteshwar Pujara and Ajinkya Rahane have been the major talking points going into the second Test against New Zealand in Mumbai. Both Pujara and Rahane haven’t delivered in a long time now and are going through a rough phase.

With Shreyas Iyer seizing his opportunity in the Kanpur Test, Shubman Gill being considered to play in the middle order and several talented players waiting in the wings, time seems to be running out for Pujara and Rahane to keep their places in the middle-order. Both of them were sub-par in the first Test against New Zealand which ended in a draw and with captain Virat Kohli returning for the upcoming match, at least one of them is expected to make way.

Former Indian pacer Zaheer Khan, however, feels that the team management might drop an opening batter in order to accommodate both Cheteshwar Pujara and Ajinkya Rahane in the middle-order. If that ends up being the case, then Shubman Gill is expected to be the likely option to be excluded as he failed to make a mark in the opening test.

“The middle-order headache for this Test has come after Iyer’s fantastic debut performance. Iyer made good use of his opportunity. Virat Kohli is sure to come in, so there needs to be space made in the middle-order,” he said.

Zaheer Khan also added that he feels that the pressure is more on Cheteshwar Pujara to perform. He thinks that the management might even ask him to open in case an opener is dropped for the next Test and he has to be switched on if that is the case.

“I think there is a bit more pressure on Pujara and that is not entirely performance-based. Have seen in previous instances that often an opener gets dropped. They might go in a direction and ask whether Pujara can open in these conditions, but there is no denying that there needs to be some shuffling,” Zaheer added.

Shreyas Iyer was the star of the show in his debut Test against New Zealand in Kanpur. He scored a century in the first innings and then followed it up with a fifty in the second innings, thus becoming the first male Indian cricketer to achieve this incredible feat. Iyer also helped the team through bad phases of the game and was awarded the Player of the Match.

“Iyer should definitely play, there is absolutely no question about it. They either have to drop an opener or drop either one of Pujara or Rahane,” said Zaheer.