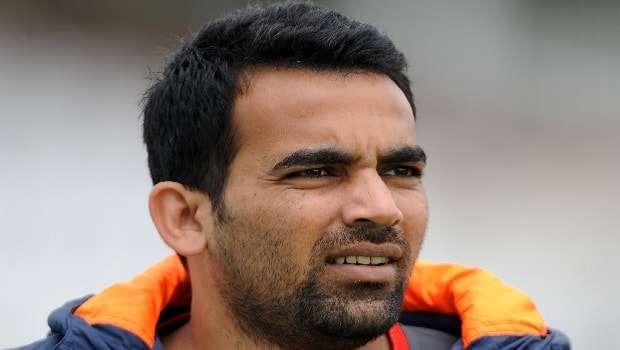 India’s batsman Suresh Raina has stated that Zaheer Khan was the Sachin Tendulkar of their bowling department in the successful 2011 World Cup campaign.

The left-arm seamer was the joint highest wicket-taker of the ODI showpiece as he took 21 wickets in the nine matches he played. The experienced fast bowler bowled with an impressive average of 18.76.

Furthermore, Zaheer bowled with a strike rate of 23.29 and thus he picked up a wicket after every four overs. Zaheer was the leader of the pack and the likes of Munaf Patel, Ashish Nehra, Sreesanth, Harbhajan Singh and Ravichandran Ashwin also did their job.

Munaf Patel scalped 11 wickets in eight matches whereas Harbhajan Singh bagged nine wickets in nine matches to give support to Zaheer. On the other hand, Yuvraj Singh was at his best as he scored 362 runs and scalped 15 wickets in the tournament.

“Whatever decision we were taking, it was all going in our favour. Zaheer bhai led the bowling attack. Everyone was talking about our strong batting line up but I would say he was the Sachin Tendulkar of the bowling department, getting us the breakthrough every time. Then the biggest contribution came from Yuvraj, who took wickets and finished games,” Raina said while talking to PTI.

Meanwhile, Suresh Raina had also played a crucial role in India’s World Cup triumph. The southpaw scored a cameo of 34 runs off just 28 balls in the quarter final clash against Australia. The left-hander once again provided the finishing touches in the semi-final battle against arch-rivals Pakistan as he scored an unbeaten knock of 36 runs.

On the other hand, Zaheer scalped two wickets each in the quarter final, semi-final and final of the 2011 World Cup against Australia, Pakistan and Sri Lanka respectively. The experienced seamer was able to come up with a crucial breakthrough at the crucial stages of the match.

It was a collective team effort and Sachin Tendulkar finished as the second highest run-getter of the tournament with 482 runs. Gautam Gambhir scored a brilliant 97 in the final and scored 393 runs in the competition. Virender Sehwag amassed 380 runs whereas MS Dhoni scored a match-winning knock of 91 runs in the all-important final.