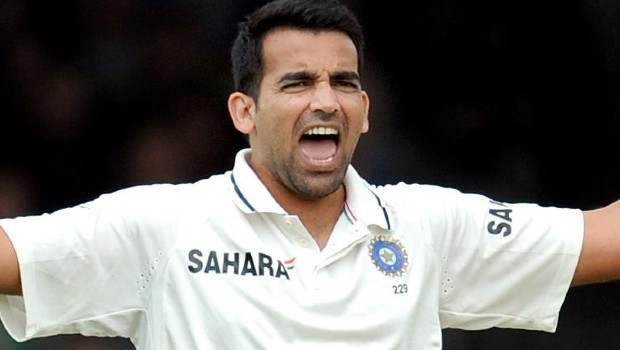 Former Indian batsman VVS Laxman has paid tribute to ex-teammate Zaheer Khan, saying the bowler’s journey to success illustrates the strength of his character. Zaheer was born in a small town of Shrirampur but he went on to reach the top echelon of Indian fast bowling. The southpaw pacer kept working hard and never doubted his abilities.

Zaheer Khan had a perfect bowling action and took a fine jump before catapulting the ball. The smooth action helped Zaheer in clocking 140 kmph consistently. Furthermore, Zaheer had the skills to both swing and seam the ball.

Zaheer had also mastered reverse swing and he used to hide the ball with his other hand, so that the batsman is not able to see whether the shine is on the inside or outside.

Subsequently, Zaheer Khan went on to become one of the most successful Indian fast bowlers. In fact, there is no doubt that Zaheer Khan was also the lone warrior of India’s pace battery just like Javagal Srinath.

The gun fast bowler was also instrumental in the triumph of the 2011 World Cup for the Indian team. He finished as the joint highest wicket-taker with Shahid Afridi as he scalped 21 wickets in nine matches at an impressive average of 18.76.

Laxman added that Zaheer Khan’s county stint with Worcester also helped him in his career. Zaheer scalped 78 wickets in 16 matches for Worcestershire in the 2006 season at an average of 29.07 and finished as the leading wicket-taker of the County Division Two.

An inspiration to many through his successful conquest of cancer,it’s scarcely believable that @YUVSTRONG12 carried the team on his shoulders at the 2011 World Cup when gravely unwell. That he registered his highest ODI score after his recovery is tribute to his unwavering spirit pic.twitter.com/cRUBAGdBCu

Laxman wrote in his tweet, “Daring to dream big & determined to chase those dreams, @ImZaheer ‘s journey from tiny Shrirampur to the dizzy heights of success illustrated the strength of his character.His career-defining county stint at Worcester reiterated his desire to reinvent himself & shed comfort zones”.