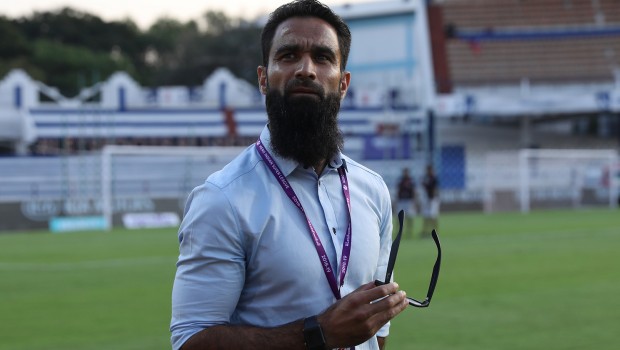 Exclusive interview with Wadoo: This is a narrative of Srinagar’s Amira Kadal-born football star Wadoo, who had received the first cheque of INR 5, 000 while playing for Jammu and Kashmir (J&K) Police Football Team.

The legs are an important asset to any athlete across the globe. The sweating sprinters bring a lot of excitement on and off the field, among the avid fans. The experience serves as an add-on – and to benefit the demanding teams at a time when different leagues are making an impact in the soccer circles especially in India’s booming sports market.

Somewhat, there always remains a threat of being pushed down to the ground. A crash landing is always intimidation that would cut-short their professional career. Yet, footballers secrete their ‘unbearable’ pain for their fans and above all – the nation, they are playing for.

In the same breath, the emotions run high on-field and around. They too are humans, like us. And, among them was Wadoo, who had faced daunting challenges, to become an icon of football in Kashmir.

The well-built, 36-year-old footballer Mehraj-ud-din Wadoo, whose net worth is more INR 3 crore, had dozens of appearances in the Indian Super League (ISL). Back home the footballers were glued to TV screens, to have the glimpse of a poster boy for football in the valley who either played with him or are taking a leap now out of his coaching manual.

“I am proud to serve my homeland. I tried my best to provide high-quality services to those who trained under me. In Kashmir, there’s a lot of potentials to see youngsters delivering goods but we need to tap it,” Wadoo – the Hyderabad FC assistant coach, told Dafa News.

Wadoo, the showstopper on the football ground, did his schooling at Mission School, Rainawari, area of Srinagar and later had joined Sri Pratap High School after passing-out 10th class.

Driven by the passion, he made his remarkable career in football when cricket was considered as the dominating game in the Kashmir region. The infrastructure was unavailable even when the types of equipment were considered inexpensive.

With highs and lows, he went big with his steel of will – and the amount of confidence he is having. Luckily, at the right time, he was motivated and backed by his family to find his place in the local clubs of Kashmir two and a half decades back. There on, the breakthrough came he moved to reputed clubs in a country with his incredible footballing skills.

“During my early days, I struggled a lot, but this is what I was destined for. I thank Almighty Allah for bestowing me with this… And, I must say, credit goes to my family for backing me through testing times,” Wadoo said.

In Kashmir region, football is a promising sport alongside cricket and it pulls-out the decent crowd on off-days to the Bakshi Stadium and Polo Ground which is further is visible across the valley. Wadoo, who also started an Under-16 football academy in Srinagar was more inclined toward football.

From Kashmir to Chennai then to other parts of India, Wadoo has come a long way. With the shade of obsession, Wadoo followed the relentless effort by becoming the centre of attention for all in the football circles. He came into limelight when he was a member of J&K Under-21 team and after playing for J&K Police for a limited time, he took a leap for the big three in Kolkata.

And, later on, he joined premier football league—Indian Super League (ISL). The athlete is living his dream for what he had struggled in his young days when it was all challenging.

“Look at Mehraj Bhai, he looks like a lion on the field,” excited football follower commented while watching the repeated telecast [on TV] between Chennaiyan FC and Kerala Blasters.

In 2018, Wadoo was named as the chief coach of Pune City’s Under-18 team after launching an academy in the erstwhile state of J&K.

Concurrently, Wadoo is making most of the lockdown by keeping himself fit with his rigorous training schedule.

“Somehow, trying to find a way to keep fit during this lockdown. However, missing being on the field badly. Praying this phase shall pass soon,” Wadoo wrote on his Twitter handle.

Some how trying to find a way to keep fit during this lockdown . However missing being on the feild badly. Praying this phase shall pass soon. pic.twitter.com/LjKPMp65pJ

Agile Wadoo, who read the movement of opponent players well, had represented India for 31 occasions and had scored two goals. The experienced campaigner has always been the man to watch out for a defence line.

For Wadoo, the YouTube videos for some time did a trick that came as an out of box idea for a footballer, who played a vital role for Sporting Club Goa, to triumph Indian Football Association (IFA) Shield trophy after four decades.

Wadoo started his football career as a striker when he had played for Iqbal Sports Club— the football academy in 1996, in Kashmir. He emerged out as the best footballer in the former state alongside Ashfaq Ahmad, who also played as a right-winger and represented for Kerala Blasters in the ISL, after being the first captain outside J&K for Mohan Bagan.

Not long back, mostly on Sundays, Wadoo along with Ashfaq Ahmad had enthralled the spectators with their football skills at Srinagar’s Bakshi Stadium. Toying with the opponents, with the amount of experience Wadoo learned the niceties of the game on congealed maidans.

Dribbling, piercing out the defence with the marathon of a run on-field made him a standout performer for the teams he had played for back at home, during the past seasons. His ability to play across the backline made him stronger after being a long time mid-fielder and then returning as a defender.

Versatile Wadoo, the defender who had played for FC Pune City four years ago, was overjoyed at signing the contract for Chennaiyin FC after almost notching berth for the semi-final.

Not only this, but Chennaiyin FC camp was also organized in Perugia of Italy where they had to practice under the tutelage of Marco Materazzi along with Brazilian great Elano Blumer. The defender had praised Bernard Mendy’s input to the defence and he had enjoyed the new adventure to cash in.

In the second season, the right-back for Super Machans, Wadoo had helped them to win the coveted ISL by trouncing FC Goa 3-2 in the grand finale.

“That moment was incredible for us to play some incredible matches as a unit. It’s going into the top drawer and I will cherish it the way boys have put in their efforts to lay hands on the trophy,” Wadoo remarked.

Wadoo had played at different leagues – starting with Hindustan Aeronautics Limited (HAL), in 2002-2003, followed by Indian Telephone Institute, Mohan Bhagan, East Bengal and Sporting Goa. He had easily transformed himself into a long-time defender after playing as a midfielder.

Spiritually gripped and mentally tough, Wadoo was a part of the Indian football team that won Nehru Cup 2007, the AFC Challenge Cup 2008 and the Nehru Cup in 2009. His spirit didn’t let him down when he scored the thrilling goal against Bangladesh in December 2005, in South Association Football Federation Cup (SAFF), final at Karachi.

Showkat Masoodi, senior footballer and Forest XI coach recently said, “Wadoo is a role model for many soccer enthusiasts. He has done some great work at the grassroots level to lend a helping hand to aspiring footballers in the valley.”

Flirting with the ball as a striker, the incredible rise in Wadoo’s varied career leapt when he started at the tender age of nine, playing day-long football. Wadoo, along with his father, Mohammad Sultan Wadoo, who had represented J&K in Santosh Trophy and coached him to learn the nuances of the game at his courtyard. His father Sultan, at that time, decided not to play cricket but only football.

In Kashmir, football was introduced in the early 1890s by Tyndale Biscoe–the mission school in Srinagar. And later on, it had reached to schools, colleges and streets of Kashmir.

While producing many star players, in 2006, JKFA unfortunately, had lost the race against Haryana for 61st Santosh Trophy owing to the ‘non-availability of the required infrastructure’ that hit the budding players of the different clubs. However, things are changing now with Wadoo batting for a change.

“I am doing my bit to give it impetus. I am also happy to see a young breed of athletes making a mark which in itself is a good sign for the J&K,” Wadoo said.

In Kashmir, the government had no other choice to give a call to shape-up a football stadium. After the tirade of talent at different club levels in this region made a mark even when there was no healthy infrastructure.

In 2014, the then chief minister Omar Abdullah had inaugurated first-ever synthetic turf for TRC Polo Ground–the football stadium which has the capacity of 14,000 spectators. The project had cost over 4.50 crore and the stadium is considered of the international standard, with 115 meters in length and 70 meters in breadth.

Long story short, Jammu and Kashmir Football Association (JKFA) has played a significant role in nursing the football enthusiasts in Kashmir, so as Wadoo as a footballer and then as a coach. 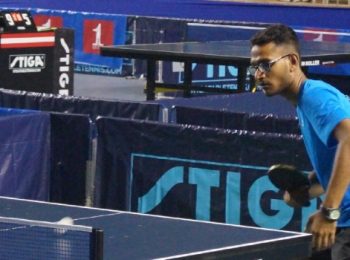 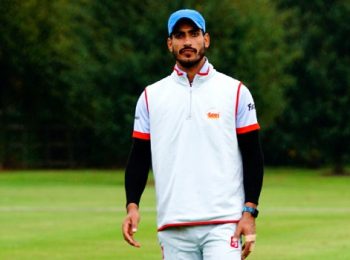 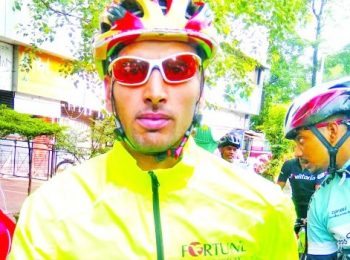