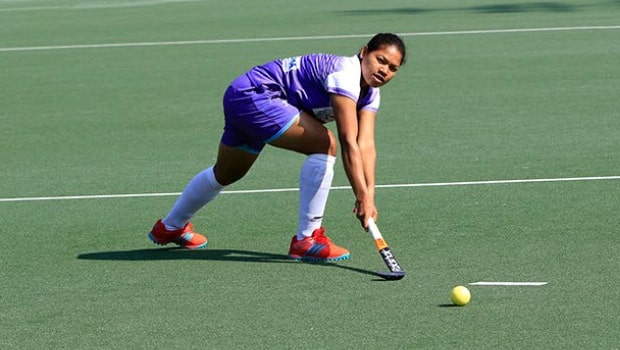 The much-anticipated award is set to hold on Sunday 8th March 2020 in New Delhi India.

The sole purpose of these awards is to recognise the efforts, excellence and overall contribution of the player’s performance in the previous year [2019].

Grace Ekka is a player who has made significant contributions to the team’s victories at the FIH Women’s series finals Hiroshima 2019 and FIH Olympics qualifiers towards the end of last year.

She has, however, expressed her feelings that Hockey India Awards will improve players motivation towards hard work to enable them to perform even better.

” it is a vital year for Hockey teams, and I know these awards will increase our level of motivation to perform better and better. I am excited to be nominated in two categories, and the awards have always been motivating us”. She said.

The 25-year old added that when she noticed her teammates won previous awards in the past, her inspiration to do better for the team grew more.

“This will be my first time to be honoured with a Hockey India Award, and I feel motivated to do more and give better to the team in the future”.

Grace Ekka is in contention with Gurjit Kaur, Savita and Rani in the Hockey India Dhruv Batra player of the year in the women’s category. Rani and Savita have also expressed their excitement at being nominated, and they have also pledged to give their all to the team.