Home » Field Hockey » FIH Hockey Pro League: India kicks off with a win over the Netherlands

FIH Hockey Pro League: India kicks off with a win over the Netherlands 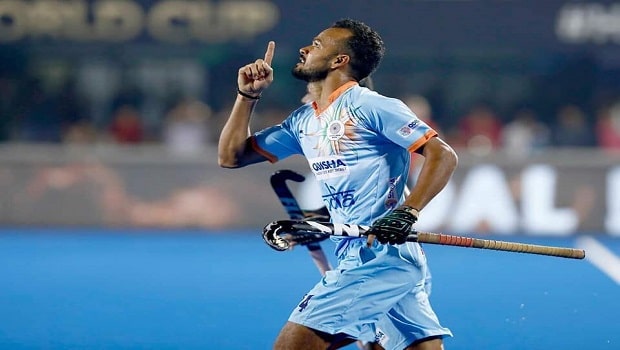 India, who is debutants in the FIH Hockey Pro League, made a brilliant start to the tournament after defeating the Netherlands men 5-2 in a pulsating encounter at the Kalinga Stadium in Bhubaneswar.

The hosts[India] who were ranked fifth in the Hockey World Rankings opened the scoring less than 15 seconds to the start of the game against the Dutch side ranked third, as Gurjant Singh fired home in style after a string of passes exchange with Mandeep Singh.

India doubled their tally as Rupinder Singh’s deflected penalty corner drag-flick put them in firm control. Jip Janssen reduced the goal arrears with a penalty corner of his own as the first quarter of the game came close to an end.

The second quarter resumed as the Netherlands were dominant in their style of play. They were eventually rewarded as Jeroen Hertzberger’s finish from close range pulled them level. After half time, India retained the mantle with Mandeep Singh, and Lalit Upadhyay put the team the driving seat as the led 4-2 before Rupinder Singh capped it with a beautiful finish early in the fourth quarter to complete a comfortable victory for the home side.

India goalscorer and Man of the match performer Lalit Uphadhay revealed in an interview after the match that he appreciates the crowd for coming to show their support for the team. And he was also impressed by the team’s performance, especially the forward line.

He also further revealed that they had worked hard in training to achieve this win as he credits his teammates and the coaching staff.

India and the Netherlands will lock horns in a return match at the Kalinga Hockey Stadium on Sunday for the second match of the doubleheader fixture in Bhubaneswar.