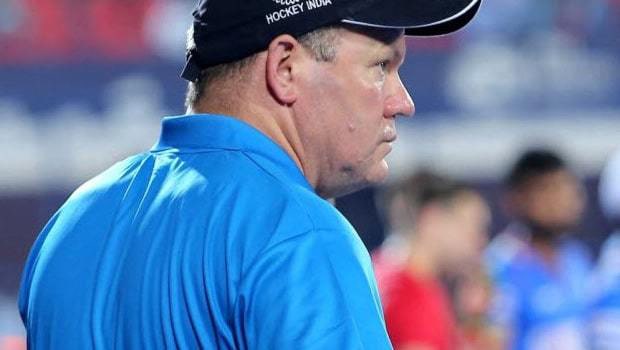 The Indian Men’s Hockey team are all set to take on Japan in the semifinals of the Asian Champions Trophy. Indian were dominant in their last group match against the same opponents. Ahead of the big clash captain Manpreet Singh and chief coach Graham Reid were pretty confident while facing the media.

The Asian Champions Trophy saw a lot of youngsters step up and don the India blue. Speaking on the youngsters and their performance in this tournament, chief coach Graham Reid said, “Yes, I think in general, it’s been a good tournament.

Despite Indian’s dominant form in the tournament, Reid refuses to be complacent against Japan in the semifinals. He pointed out how the Japanese almost broke through the Indian defence in their group stage encounter. “You should always expect the unexpected and that’s always difficult. We have to prepare for as many as those scenarios if possible,” Reid added.

The Aussie tactician highlighted that he has a contingency plan for every scenario to counter the opposition’s plans in the crucial encounter.

Indian Men’s Hockey team skipper Manpreet Sing who led the team to the Olympic bronze in Tokyo is looking to bag the Asian Champions Trophy. However for him, it is not only about winning, he is very well aware of how the Men in Blue were caught napping in their last game against Japan especially in defence.

He wants his men to focus more on the upcoming clash and hopes that they can iron out those mistakes that happened in the group stage encounter. He also wants his team to be very clinical in attack and convert their chances into goals.

“Actually, we have to do our best and we plan to give Japan no chance. We gave them chances in the last game, which we don’t want to repeat as Japan is a team that gives us their all till the last minute,” he said.