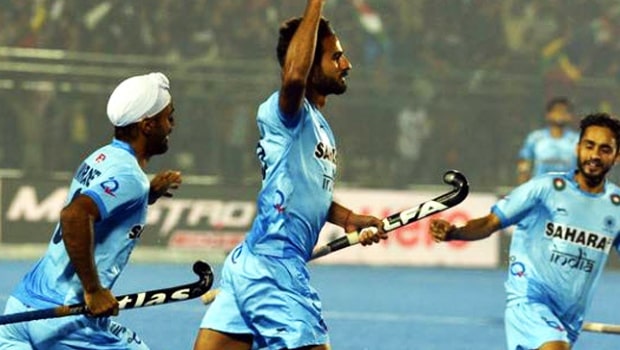 The India Men’s Hockey team kicked off their FIH Hockey Pro League tournament on a brilliant note after their win against the Netherlands in both their games last month.

However, there lies ahead of a more significant test for them. India, who is ranked no.5 in the world, will play Belgium [no.1] in the FIH Hockey Pro League on the 8th and 9th of February 2020 at the Kalinga Stadium in Bhubaneswar.

India’s forward Ghurjant Singh revealed that the team’s system is improving with each match and working towards their sole aim, which is performing well at the Olympics this year.

The 25-year-old continued and said, “this is a critical moment for us. Every game is crucial, and we have been coordinating and playing well as a team. We also have to ensure that we must consistently improve our performance levels. Every player in the team is anticipating the Olympics and is looking forward to doing well at the games in the tournament.”

Singh also said that India’s Men Hockey team is full confidence and well prepared ahead of their clash against Belgium in the FIH Hockey Pro League, and they will be looking forward to improving after this brilliant performance last year in Belgium.

The team had a great tour in Belgium last year and won all their games, and that result boosted the team’s confidence. The matches in the FIH Hockey Pro League will prepare the team hard for the Olympics as it is a well-arranged tournament in which the top teams come together and have a test run of matches against each other.

The Indian team defeated the third-ranked Netherlands last month, and this win has given the team a morale boost at the moment.

India’s last game against the Netherlands in January proved the resilience and improvement in the team, as they were pegged 1-3 behind and then overturned to win the game in a shootout. Singh has expressed that such a memorable victory is a confidence booster for the team.