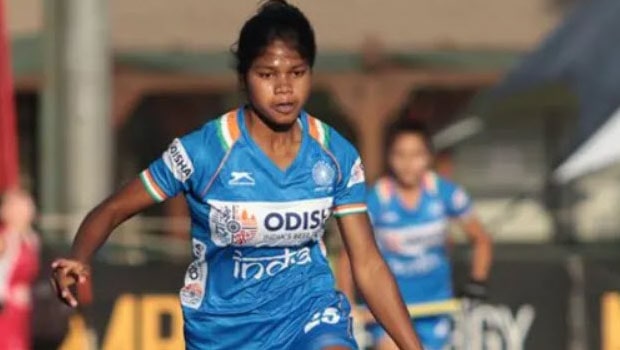 An effective and challenging tour of Chile came to an end for India’s Junior Women’s team as they defeated Chile senior Women’s team in their sixth and last match of the campaign. The tour was organised at the Wales Country Club where this match was held on Sunday evening.

It was Indian forward Beauty Dungdung who scored a brace to inspire women in Blue to victory over their senior opponents from Chile. The young Indian team showed great character and heart to win abroad against the host who were fielding their senior side. Beauty opened the scoring for India in the 6th minute of the match as she just converted a beautiful move. The first quarter was all about India as they created a lot of chances and were on top.

In the second quarter also much of that continued as India kept on creating chances and dominating the game as Beauty Dungdung added another goal to pile up the misery for the Chileans. The second goal came in the 26th minute of the game through a penalty corner, However the Women in Blue were put to the test instantly after the goal as they conceded a penalty corner because of an infringement inside the striking circle. But when it looked like the hosts would cut the deficit down India defended resolutely and kept their lead intact.

With the start of the third quarter it was the hosts who had more hunger in them to turn it around and therefore they started dominating possession. They also created chances and finally they scored when Fancisca Tala finished off a great team move. Before conceding the Indian team soaked in a lot of pressure from the Chileans and therefore the goal was just around the corner.

Chile with the momentum tried to equalise the match and came roaring back in the fourth quarter. However, India managed to defend with all their heart and eked out a narrow 2-1 win over the Chile Senior Women’ s team. The Chilean team had a great chance in the last six minutes through a penalty corner but India’s great defence kept the ball out from going in.

After their sixth and last match of the tour, the Indian Junior Women’s team complete their Tour of Chile with five wins and a draw and head back home from Chile’s capital city Santiago.