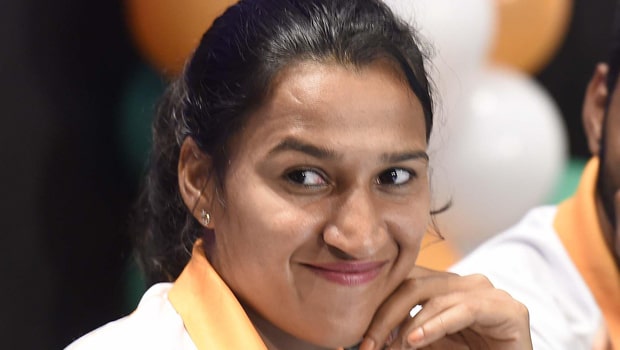 It was a fairytale year for the Indian Women’s Hockey team as they finished a historic fourth at the Tokyo Olympics and ended 2021 with their best ever ranking. But skipper Rani Rampal feels that the upcoming year will be even more crucial for the Indian Eves.

The Indian Women’s team started their Olympics preparation with Argentina tour after the pandemic induced hiatus. Following their Argentina tour, they went to Germany and faced them in a four-match tour in February. Then they spent a lot of time at the SAI Centre in Bengaluru before creating history in Tokyo at the Summer Games.

The Indian Eves started the tournament with three losses but they turned their campaign around with a 1-0 win over Ireland. They followed it up with another 4-3 win over South Africa helping them qualify for the quarterfinals. In the quarterfinals, they created history by defeating Australia 1-0. It was one of the sporting highlights for India from this year and even arguably in the Indian Olympic history.

Rani Rampal led team lost the semifinals by the barest of margins against Argentina. However, they tried their best to clinch the Bronze medal but once again ended up short with a 4-3 defeat against Great Britain.

Looking back at the year and especially at the Olympics, skipper Rani Rampal said, “This year was like an emotional roller coaster, full of ups and downs. But, to be honest, we really enjoyed the ride as it included the historic Tokyo Olympics campaign. I reckon 2021 was full of self-belief and determination.”

“There were a lot of learnings involved, and COVID-19 taught us invaluable life lessons. One of them was to stay in the present moment. Staying in the present moment helped us qualify for the Quarter Final as well as beat a team like Australia to script the history, ” the Indian women’s team captain continued.

However, Rampal feels that she and the team aim to look forward. Therefore she highlights how they need to build on the history that they have created.

“We have set the benchmark for ourselves, and from hereon, we will have to do even better. We want to build on the historic campaign. 2022 will be a very crucial year as we have important tournaments lined up. We will look to qualify directly for the Paris Olympics 2024 by clinching gold at Asian Games 2022. But, for that, we will have to go step-by-step, and our first step will be to do well at Women’s Asia Cup 2022,” concluded Rani Rampal.