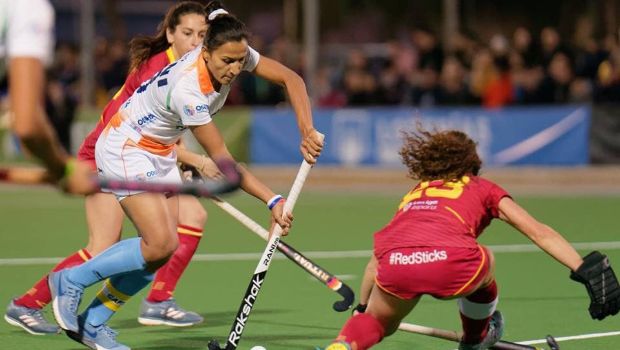 The Indian Women’s Hockey Team with a vision to improve their achievements this year departed Auckland, New Zealand, which was their first tour this season on Wednesday from Bengaluru

The team led by Captain Rani and Savita [vice-captain] will face the hosts in four matches and also play against Great Britain’s National team in their tour, which will last for ten days ending on 5th February 2020.

The Captain for the team, Rani, revealed that they look forward to playing against high ranked teams like New Zealand, who are ranked no.6 in the World and Great Britain [5th in world rankings].

“This is our maiden tour of the season, and we want to perform well as it will give us enough boost needed for Olympic preparations.” She said.
A good start against the harsh and top teams will be an excellent form of preparation for the team as they are likely to face tougher opponents at the Tokyo 2020 Olympics.

India will play the New Zealand development squad on Saturday, 25th January 2020, followed by two matches against the New Zealand national team on the 27th and 29th of January, respectively.

Judging by their brilliant performances against Great Britain in the past, New Zealand is another team they will look forward to doing well coming up against them. They must expect a tight and attacking side [New Zealand], which will be very challenging.

“We feel confident and great with the coach [Janneke Schopman] and trust his analytical tactics and skills, and we believe with her vast experience we are going to improve massively in this Olympic year,” Rani added.