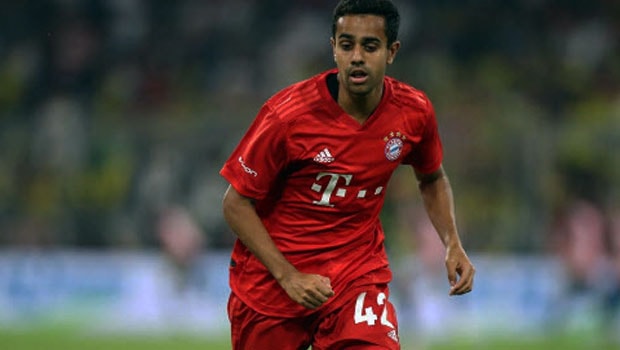 The participation of Indian origin players in the national football team has been a hot topic of discussion over the last few years. Even though these players are eligible to represent India according to FIFA rules, various rigid rules set by the Indian government doesn’t help them in making this move. Letting the foreign passport go and applying for an Indian passport after moving to India is a mandatory criteria set by the Indian government.

Although various coaches, including current national team coach Igor Stimach, have voiced their opinion in favour of relaxation of those policies, this doesn’t look like something that will happen soon. But that hasn’t stopped these brilliant Indian origin players to make big career for themselves in foreign leagues. That said, let’s take a look at two of the best players of Indian descent in the world at the moment.

The 21-year-old made the headlines when he made his senior team debut for Bayern Munich in December last year. Consequently, he also became the first player of Indian origin to play in the Bundesliga. Sarpreet was born in New Zealand and after impressing at the youth level was signed up by the A-league club Wellington Phoenix. He had a four year stint with them during which he played on numerous instances for the first team and the reserves.


From there, the defending Bundesliga champions Bayern Munich signed him up in the summer of 2019. Although Sarpreet hasn’t had any game with the senior team after his debut, he continues to be one of the most influential players in their reserves. He has scored 7 goals already for Bayern Munich II in just 20 appearances. Sarpreet has age on his side and will only grow as a player during his time with Bayern.

The Dutch winger of Indian origin plays for Feyenoord in the Eridivisie League. He made his debut for SC Heerenveen in 2008 but it was during his stint for PSV Eindhoven that he came to be known as one of the best wingers in the country. Narsingh scored 29 goals in 115 appearances for the club during his stint of four seasons. He also made his international debut for the Netherlands around that time and netted four goals in 19 appearances for them.

However, a career threatening injury followed soon after in 2013. He recovered and was called back to the national Team as well but Narsingh hasn’t been able to make it there since 2016. He soon got a Premier League deal as he played for Swansea City for two years. However, Narsingh returned to the Dutch League again in 2019, this time to play for Feyenoord and Narsingh has scored seven goals in 32 games for them since then.