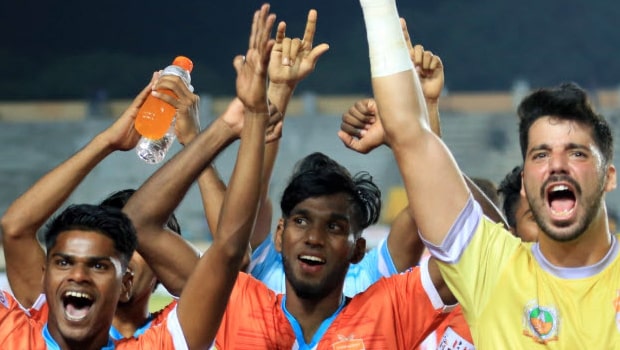 Chennai City FC on Wednesday dug deep to ensure they salvaged a point from a losing position in their first-ever AFC Cup game against Maldives’ Maziya Sports & Recreation Club.

The South Indian team hosted Maziya S&RC at the Jawaharlal Nehru stadium in Chennai went into the game on the back of a 4-game unbeaten run where they have won one and drew three others in the I-League.

Meanwhile, Maziya have been winless in their last 2 matches played albeit they accounted for the elimination of Bengaluru FC from the competition on penalties.

Although Chennai City FC goalkeeper Nauzet Santana was the first to be tested in the first minute from a speculative strike, it was the I-League Champions that took the lead via Adolfo Araujo Fito in the 12th minute of the first half.

Maziya could have equalised immediately after the restart, but Ibraheem Mahudhee strike was saved by Nauzet Santana.

The second half saw the visitors continue to probe further but this time with intent rather than the usual long balls from the first half.

Maziya equalised In the 64th minute as a free kick taken by Hamza into the box found its way to the visitors’ skipper Mohamed Irufaan who was left alone to head in.

Three minutes later, the visitors shocked the home fans as they took the lead with Hamza involved once again.

His pass to Hussain Nihan in the box led into a goal as the latter cutback found Mahudhee Hussain who made no mistake from close range.

While the game looked destined for a famous win for the Maldives side, Spanish Forward Fito, scored his second goal of the game with just a minute left on the clock.

Charles Lourdusamy’s shot was not well handled by the Maziya Goalkeeper, and Fito pounced on the spill to score and ensured that both teams shared the spoils from the opening group stage game.