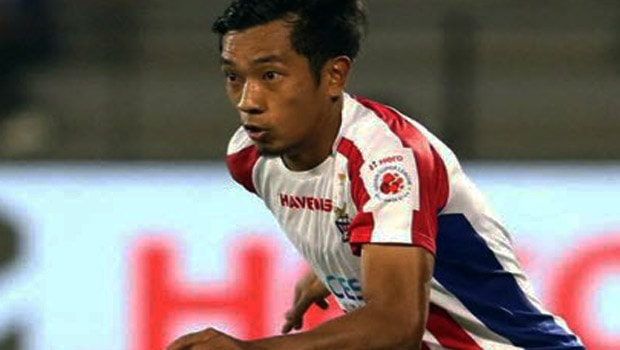 After ATK’s third title victory in only the sixth season of the Indian Super League (ISL), it is time for us to move towards the summer transfer window. That said, it brings a much needed chance for Indian players, who didn’t get enough opportunities in the recently concluded season, to move out of their current club in order to get more gametime. Some of them are really talented players who just had to watch from the bench for the majority of the season. Here, we shall take a look at three of those players who should look out for fresh opportunities in the transfer window.

The left-back from Mizoram signed up to play for ATK in the 2018 season after impressive performances for Mohun Bagan in the I-League. He was quite impressive in what was a disastrous season for ATK otherwise. Coach Steve Coppell seemed to trust his abilities a lot but he fell out of favour under Head Coach Antonio Lopez Habas this season. Sumit Rathi cemented the left back position ahead of Ricky this time around and ATK eventually went on to be the Champions as well. All Ricky could manage this season was just a lone appearance for the club.

So it looks like he isn’t in contention for the first team anymore and that’s why he should move out for better opportunities in this transfer window. Rumours suggest that Jamshedpur FC, who were one of the worst defensive units this season, are looking to  hire the services of Ricky. They struggled a lot this season with the left back position and that’s why Lallawmawma seems like a perfect fit for them.

He is one of the best midfielders India have had in recent years and Bengaluru FC were blessed to have his services for so long. He helped them to their maiden Federation Cup title in 2015, I-League title in 2016 and also played a pivotal role in their run to the final of the AFC Cup. He was a regular for the national team as well. Lyngoh was signed up by FC Pune City in the ISL 2016 drafts for a whopping 1.05 crores as well. Bengaluru FC did fail to retain him in 2017 as they made a switch to the ISL from the I-League and new restrictions were in play. It was ATK who signed him up. But a series of recurring injuries forced him on a long layoff. He couldn’t make that sort of an impact on comeback as well.

Yes, he returned to Bengaluru FC in 2019 but found himself short of gametime now. Age is also catching up on him as he is 33 years old now and the Club prefers the younger and fitter lot more. So Lyngdoh should move on and look for better opportunities. Rumours are that not only ISL clubs but I-League Clubs are interested in acquiring his services as well.

ATK paid a whopping INR 65 lakhs per season to hire the services of Justin ahead of the 2019 season. He came into the ISL on the back of tremendous performances for East Bengal in the I-League. He finished as the top scoring Indian in the I-League over two seasons and thus proved his potential as a player.

The club went on to have a terrific season as they were the eventual champions but Justin managed just 10 appearances out of which he started only once. He has one Goal and one assist to his name to show though. But a player of Justin’s potential deserves far more game time and that’s why he should move out. A lot of teams struggled with a second striker this season and they might look to rope in Justin.