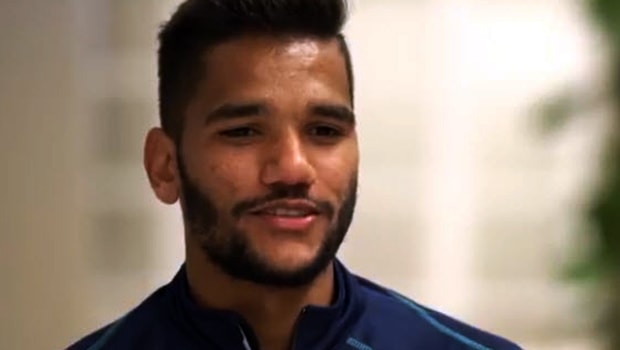 We saw some fine young Indian talents leaving their marks in this season of the Indian Super League. All of Lallianzuala Chhangte, Prabir Das, Sumit Rathi and Suresh Singh Wangjam, among others showed that they are as talented as some of the ISL’s overseas recruits. However, there were some players who had to warm the bench for the majority of the season but deserved to get more gametime considering their talent and potential. That said, let’s have a look at those players.

There is no doubt that this was a disastrous season for Hyderabad FC. Their struggles started under English Coach Phil Brown when they failed to compete with the levels of the othe teams in the league. Brown tried out almost every player from his squad except Sahil Tavora. The 24-year-old could find only two games this season but that too came after the Englishman was sacked. Tavora played against Odisha FC as a substitute and then started in the very next game against Mumbai City FC. In the total of 158 minutes he played during the two matches combined, Tavora made 58 passes and took 76 touches on the ball. Not only that, he made eight tackles too. He seemed very lively in the limited time he got on the pitch and surely deserved more gametime.

A decent amount of gametime looked assured in this season for Lalmuanpuia when Kerala Blasters signed him up following his heroics for Shillong Lajong in the I-League. However, he found things to be different with the Blasters as he wasn’t even handed a start in any of the games. He made five appearances as substitute though and that accumulated to a total of only 59 minutes during which he took three shots and completed 43 passes. He used to be the Captain of his I-League side. But here, the 21-year-old was nothing more than a substitute player.

The 19-year-old played a total of 565 minutes last season from 12 games but all he could manage this time around was just six minutes in the match against Hyderabad FC. Competition got quite stiff for him with the influx of proven overseas players like Roy Krishna, David Williams and Edu Garcia, among others. But still, manager Antonio Lopez Habas could have used the youngster as a substitute in the second half in more of the games. Thatal became a household name during his appearance for India in the FIFA U-17 World Cup in 2017 and he still continues to be one of the finest young talents in India.