Home » Football » 3 Players with most assists in ISL history

3 Players with most assists in ISL history 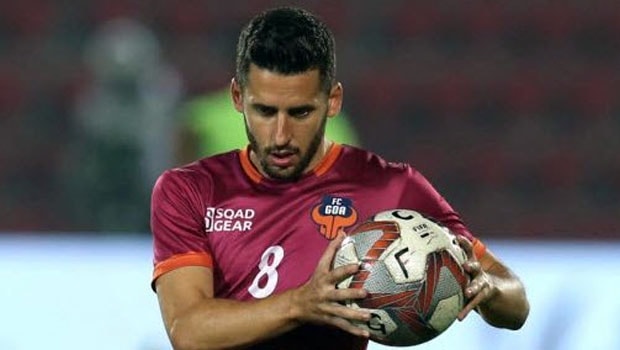 The India Super League has seen many prolific strikers over the years and some of them have even gone on to earn cult status among the fans because of their sensational scoring abilities. However, as important as their role might be, these strikers are incomplete without players capable enough of setting up the goal for them. That’s why playmakers or players capable of setting up goals consistently should get equal importance as strikers. Here, we will take a look three players with most assist in the history of the ISL.

The Spaniard, who is the highest goalscorer of all time in the ISL, has the third highest number of assists (16) in the history of the league as well. Corominas has been a force to reckon with and he has been one of the main reasons behind FC Goa’s stellar run of form in the last three editions. Overall, Corominas has played 57 ISL matches so far and has scored 48 goals in those along with his 16 assists. He also has two hat-tricks to his name and has won the golden boot twice as well. That’s why he is hailed as one of the all-time greats of ISL.

The Frenchman had a stellar 2019/20 season during which he racked up a total of 11 goals and 10 assists, thus taking his overall assist tally to 17 – the second most in the history of the tournament. Boumous has been one of the best midfielders ever since he arrived in the ISL in the 2017/18 season and has gone on to be one of FC Goa’s most influential players with a total of 42 caps to his name. Boumous had also been named the Player of the season in 2019/20 due to his stellar run of form for FC Goa.

The Brazilian winger has been one of the most important players in the ISL ever since he made his debut in the 2016 season. Since then, he has gone on to rack up 18 assists – the most by any player in the history of the tournament. Not only that, he has 31 goals to his name on top of that as well and that goes on to explain his sheer brilliance as a playmaker.