5 best overseas players to have played in the ISL 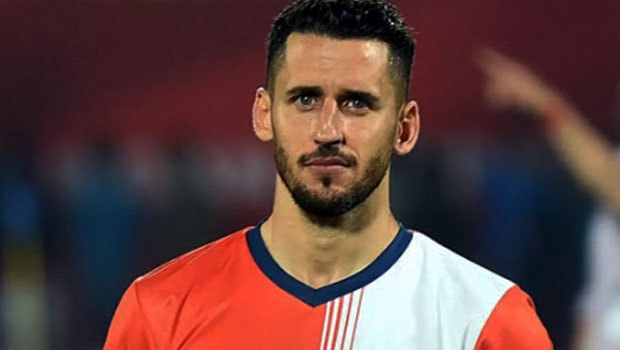 Some really good foreign players have graced the Indian Super League with their presence over the years. The quality they have brought with themselves has helped Indian football grow a lot. That said, let’s take a look at five of the best overseas players who have played in the ISL over the years.

Ferran Corominas: The Spanish forward is the highest goalscorer of all-time in the ISL. He has 48 goals to his name in 57 matches of his ISL career. Corominas helped FC Goa to the finals of the 2018/19 season and also went on to win the Super Cup. In 2019/20 season, he helped them win the ISL shield and his exploits also made FC Goa the first Indian club to qualify for the AFC Champions League group stage. Corominas also won the Golden Boot in two consecutive seasons in 2018/19 and 2019/20 and that sums up how good an asset he has been for the ISL.

Iain Hume: The Canadian international is the fourth highest scorer in the history of the ISL with 28 goals to his name in 69 games. Hume played for three clubs – ATK FC, Kerala Blasters and FC Pune City and also won the title with ATK in 2015/16. He was adjudged as the player of the season for his fine display during that time as well and hence, Hume finds his place among the best overseas players to have played in the ISL.

Bartholomew Ogbeche: He has been another goal-scoring machine in the last two seasons of the ISL. Ogbeche arrived in India to play for Northeast United FC first in 2018/19. He scored 12 goals for them during that season and even bettered his tally in 2019/20 as he scored 15 goals playing for the Kerala Blasters. After two seasons, Ogbeche has a total of 27 goals and three assists to his name. The Nigerian can easily go close to Corominas’ record if he maintains his form during the upcoming seasons.

Marcelinho: The Brazilian did struggle Playing for Hyderabad FC in the recent edition of the ISL but he is third on the list of all-time highest goalscorers. Marcelinho has scored 31 goals in a total of 63 games so far and his tally of 18 assists is the most by any player in the history of the ISL as well. He flourishes playing in the wings mainly and had his best season with Delhi Dynamos in 2016 when he scored 10 goals in 15 matches to win the Golden Boot.

Hugo Boumous: He has been an invaluable asset for FC Goa ever since he joined the club in the 2017/18 season. Boumous has scored 16 goals and 17 assists since then and thus has staked his claim as one of the best foreign players to have played in the ISL. He was unarguably FC Goa’s best player in the recently concluded edition. Boumous even outclassed Corominas as he contributed with 11 goals and 10 assists. Not only that, he was adjudged as the MVP of the season as well.