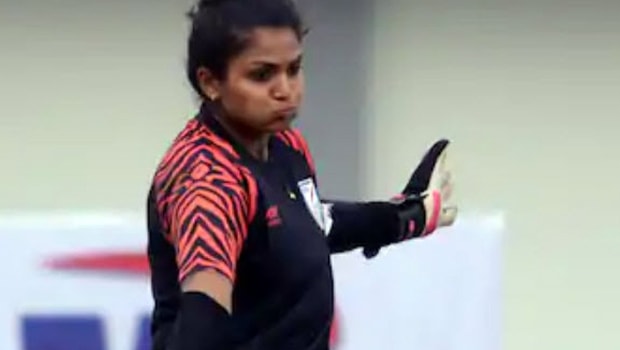 The holding of the FIFA U-17 Women’s World Cup in India will help develop female football in the country and boost its popularity.

India women’s goalkeeper Aditi Chauhan stated this during an Instagram Live session with the All India Football Federation. She claims that the focus of the world on the Cadet championship when the country hosts the tournament in February – March 2021 will help the country’s perception of female football.

After hosting the FIFA U-17 men’s world cup successfully in 2017, India won the hosting rights of the female version which initially slated for 2020 but for the COVID-19 pandemic which hit the sporting world, and it was postponed to 2021 by FIFA as many of the qualifiers for the tournament hasn’t been concluded.

Aditi disclosed that if female football was to change in terms of perception, parents need to be well informed.

“We need parents to be more aware of what you can achieve in sport and especially in football. This (the U-17 Women’s World Cup) will address a lot of people’s concerns, We will not only get players from the World Cup who can represent the country in the 2022 Asian Cup, but also it will be an eye-opener for parents who think twice before letting their girl child play the sport if she is interested, So the World Cup will go a long way in creating awareness in the country.” the 27-year old was quoted on news 18

Aditi is the first Indian female player to play in England, and the English Female League with West Ham United is delighted that the country will also host 2022 Women’s Asian Cup while lauding Bala Devi for her exploits with and transfer to Scotland.