Home » Football » AFC Cup 2022: Always want to prove myself on the pitch – Liston Colaco on hat-trick against Bashundhara Kings 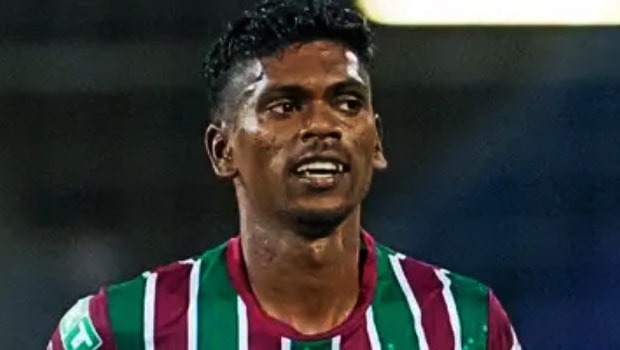 ATK Mohun Bagan talisman Liston Colaco was delighted after he scored a fine hat-trick against Bashundhara Kings at the Salt Lake Stadium, Kolkata on Saturday. The Mariners had suffered a 2-4 loss against I-league champions Gokulam Kerala FC in their opening Group stage match of the ongoing AFC Cup 2022.

However, Juan Ferrando’s men were able to bounce back stronger in their second game and won against the Kings by 4-0. Colaco found the back of the net in the 24th, 33rd, and 53rd minute of the game to give a big advantage to his team.

Furthermore, David Williams scored in the 77th minute of the game to put the game to bed. Thus, it was a dominating performance from ATK Mohun Bagan and they were able to come back stronger after a loss against Gokulam Kerala FC.

Liston Colaco said in the press conference, “To score a hat-trick is not easy. It requires lot of patience. I was missing something last season. So during the off-season, I improved on it and I have got my first hat-trick of the season. To score a hat-trick you need to be calm in the box.”

The 23-year-old winger dedicated the hat-trick to his teammates as he received a lot of support from them throughout the match.

Colaco added that the team grew in confidence after he opened the account in the 24th minute of play. In fact, ATK Mohun Bagan was not at their best in the initial phase of the game.

The youngster concluded, “It’s always important to get the first goal for the team’s confidence. Once we got the first goal, we got more confidence in our game. I think we have learnt from our previous mistakes. So I think in every game if your score first, it’s better for you.”

ATK Mohun Bagan will next face Maziya S&RC on 24th of May.