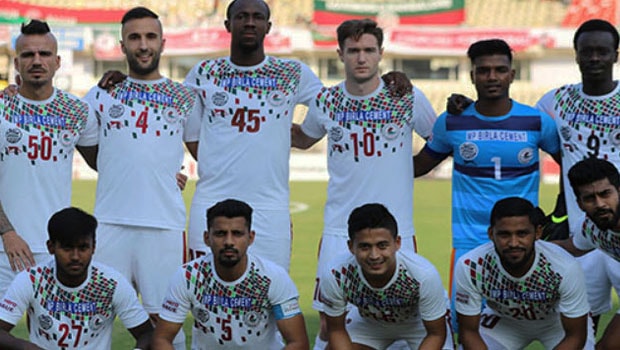 Mohun Bagan has finally ended the anxious wait to know their fate as regards the 2019-20 I-League season as the all India Football Federation approved the conclusion of the league despite the fact that there are four round of matches left while the Kolkota team has been declared winners and champions of the 2019-20 season.

The league was suspended in the sixteenth round in March due to the coronavirus pandemic, but Mohun Bagan was already 16 points away ahead of East Bengal, who was in second and mathematically were considered Champions albeit unofficially.

However, the all India Football Federation executive panel approved the plans of the league committee to end the league and also cancelling the rest of the 28 games still to be played with Mohun Bagan regarded as Champions of the 2019-20 season.

Factors considered included the nationwide lockdown in India as well as the uncertainty around the return of sporting activities.

Meanwhile, the prize money will be shared equally among the rest of the 10 I-League clubs while Mohun Bagan will take the champions prize money.

The All India Football Federation are also expected to discuss with the Asian Football Confederation as regards having a short tournament to decide qualification for second division clubs into the 2020/2021 I-League season.

This is considered important as one of the decisions made is that there won’t be promotion or relegation for the 2019-20 I-League season.

With the country in lockdown until May, the rest of football activities remained cancelled with a new season to start afresh in 2020/2021