AIFF Interested in Having National Team Camps in Jharkhand and Odisha 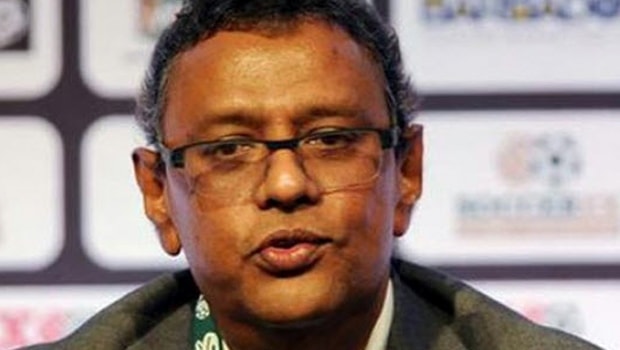 General Secretary of the All India Football Federation Kushal Das has made known the intentions of the body to have the senior national team camp soonest as the team prepares for the next 2022 FIFA World Cup qualifier.

Kushal Das has already revealed that the match against Qatar will be played in Bhubaneswar, and the AIFF is looking forward to opening the team’s camp late August at the same venue.

For the women’s U17 national team camp, it is said that the AIFF is discussing with Jharkhand Government with the intention of holding its camp in the state.

All these were revealed during a webinar organized by the West Bengal Chamber of Commerce on the topic ‘Future of Indian football post-COVID-19 scenario’, according to Goal.

Das also stated that the AIFF contacted the Odisha government on how to hold the national camp with the standard operating protocols.

“If there is a camp, it has to be in Bhubaneswar. We have written to the Odisha government for their suggestions. We are looking to start the camp by the third week of August. Don’t know whether a six-week camp is possible. We are still waiting for a response from the Odisha Govt.” Das was quoted on Goal.

The AIFF has also put into consideration the traveling plans of the visiting Qatar national team with regards to the Government protocols on international travel.

“The travel of the Qatar team is another huge issue. From July 15, international flights are supposed to start. Vande Bharat flights have a 14-day quarantine mandatory. I am not sure about the protocols that the Central government will give us. Right now, it is a wait and watches approach. We have written to MYAS. They also do not have the answers. Once international flights start, we will get the protocols. We will then inform Asian Football Confederation, FIFA, and Qatar.” Das extensively explained, according to Goal.