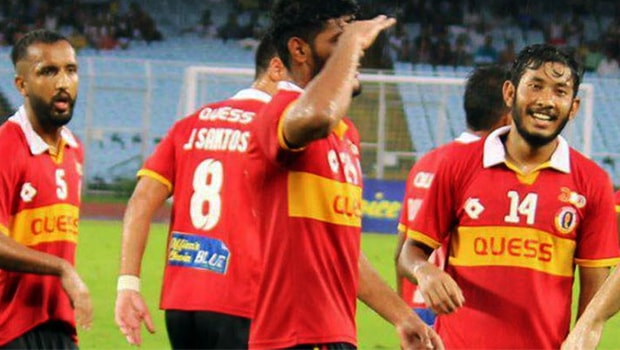 Ahead of the 2020-2021 season’s AFC Club Licensing, East Bengal and Quess Corp have been told to state clearly the ownership structure of the club.

India’s football governing body The All India Football Federation (AIFF) requested to be put in the know regarding the ownership situation at the club.

The Red and Golds are registered as Quess East Bengal FC with the India FA for the last two years, but there are indications that they could part ways with the investors at the end of May 2020.

Quess Corp owns 70% of the club’s right with the 30% being the club’s in the joint venture. However, Quess Corp has stated that it is willing to end its association with the club, and it is unknown the next step that will be taken in terms of the club’s structure.

For a club to be able to successfully apply for the AFC licenses, the legal criteria are to have a legal and valid declaration that states the ownership structure, as well as the control of the mechanism of the club.

Meanwhile, East Bengal and Quess must intimate the AIFF about their plans for the club. East Bengal was among the nine clubs who didn’t clear the AFC and AIFF’s club licensing criteria for the last season.

They were given an exemption for a single season under the exception policy of the Club licensing regulations, but they have since been contacted by the AIFF.

“In principle, an exception is granted for a period of one season. Under specific circumstances, this period may be extended, and the AIFF may be placed on an improvement plan. The AIFF has formally written to Quess East Bengal FC to seek clarity on the ownership structure as it is one of the requirements for the AFC club licensing procedure,” a source on Goal was quoted.