AIFF to Cancel I-league This Week 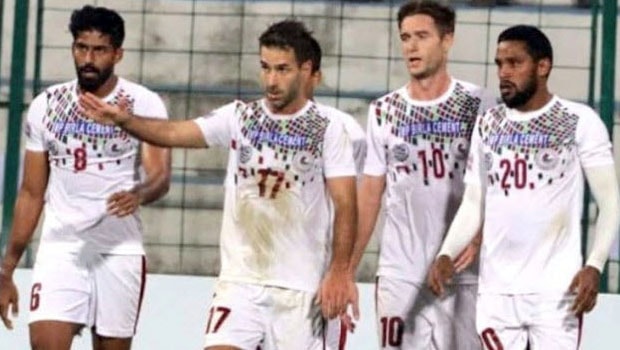 The I-League is likely to be cancelled this week after a meeting to be held on April 14 with Mohun Bagan as well as second-placed East Bengal to be declared first and second-placed teams.

Sources close to the All India Football Federation stated that the AIFF will nullify the results of the season, although question marks are still raised on the decision on I-League division 2 teams in promotion places as there won’t be relegation nor promotion.

The league was temporarily suspended with four rounds of games were still left to be executed albeit Mohun Bagan are leading the table with an unassailable 16 points.

They lead with 39 from 16 games played as well as 35 goals scored, the highest in the league so far this season while they have conceded 13 goals the lowest in the league.

East Bengal are in second place are second with 23 points from the same number of games with 23 goals scored and 18 goals conceded.

Irrespective, relegation is still not confirmed for any team, but there won’t be any based on reports from the AIFF.

“There will be no relegation or promotion from I league division 2. The same case will be for the second division, and this has been taken after informal talks with all team owners. This has been done so that its fair on everyone, even if the announcement doesn’t happen on April 14, it will happen sometime soon.” the source was quoted on sportskeeda.

I-League second division clubs like ARA FC, Garhwal FC and Mohd sporting who are close to promotion would be dealt a huge blow.

However, the meeting will be held among stakeholders in order to deliberate on a couple of decisions, but it is expected that all teams will deliberate on having the prize money shared evenly amongst them in order to ease the financial implications of the cancellation of the league due to the pandemic.